Actress Aisha Lawal, Wumi Toriola, And Others React To Charming Photo Of Kolawole Ajeyemi And His Son 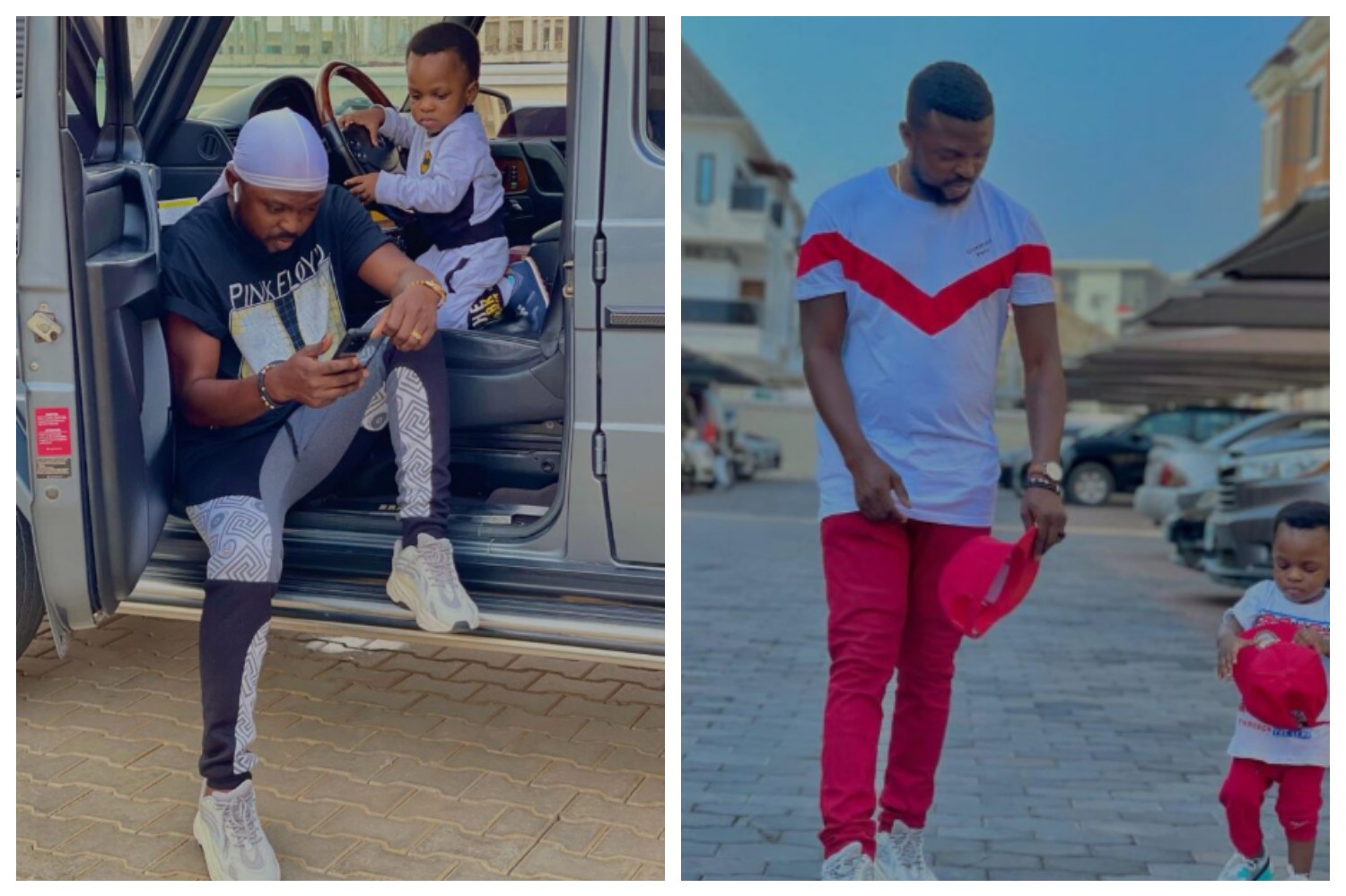 The popular Nigerian movie star, Kola Ajeyemi and his cute son, Ireoluwa have sparked reactions on Instagram after their new stunning photo surfaced on the internet.

Actor Kola Ajeyemi who is known to be the husband of a famous Nollywood actress, Toyin Adeyemi has always loved to thrilled his fans and followers on Instagram with breathtaking photos of himself and his family members.

The great theatre mogul, Kola Ajeyemi is loved by a lot of people in Nigeria and outside Nigeria because of his talent and other admirable attributes. The Actor who is also a fashionista and business expert is admired a lot by his fans and followers. The majority of his female fans love him because of the smooth relationship between him and his family members.

Despite being a busy personality, Kola Ajeyemi never let his profession or business stop him from having a nice time with his wife and children. He always makes his children feel they have the best father and also makes his wife feels she’s blessed with one of the best husbands in the world.

Moreover, the young Actor is not only loved by friends, family, fans, and followers alone but he is also loved by his colleagues within the Nollywood Industry. Anytime he shares his photos taken with his family members, they also storm comments box with lovely reactions.

However recently, the Actor stormed Instagram as usual with a very stunning photo of himself and his almost two-year-old cute son, Ireoluwa which caused massive reactions by fans and his colleagues on Instagram.

In the picture, the Actor and his son were spotted cashing a cruise in a new G-wagon ride of his star wife. The picture captured the attention of a lot of Instagram users, fans, followers, and even some of his colleagues also reacted to the photo such as; Actress Aisha Lawal, Actress Wumi Tori, Actor Itele, and Actress Toyin Adewale are among those who dropped lovely reactions in the comments section over the picture.

Take a look at the breathtaking photo below!

See some of the comments below;