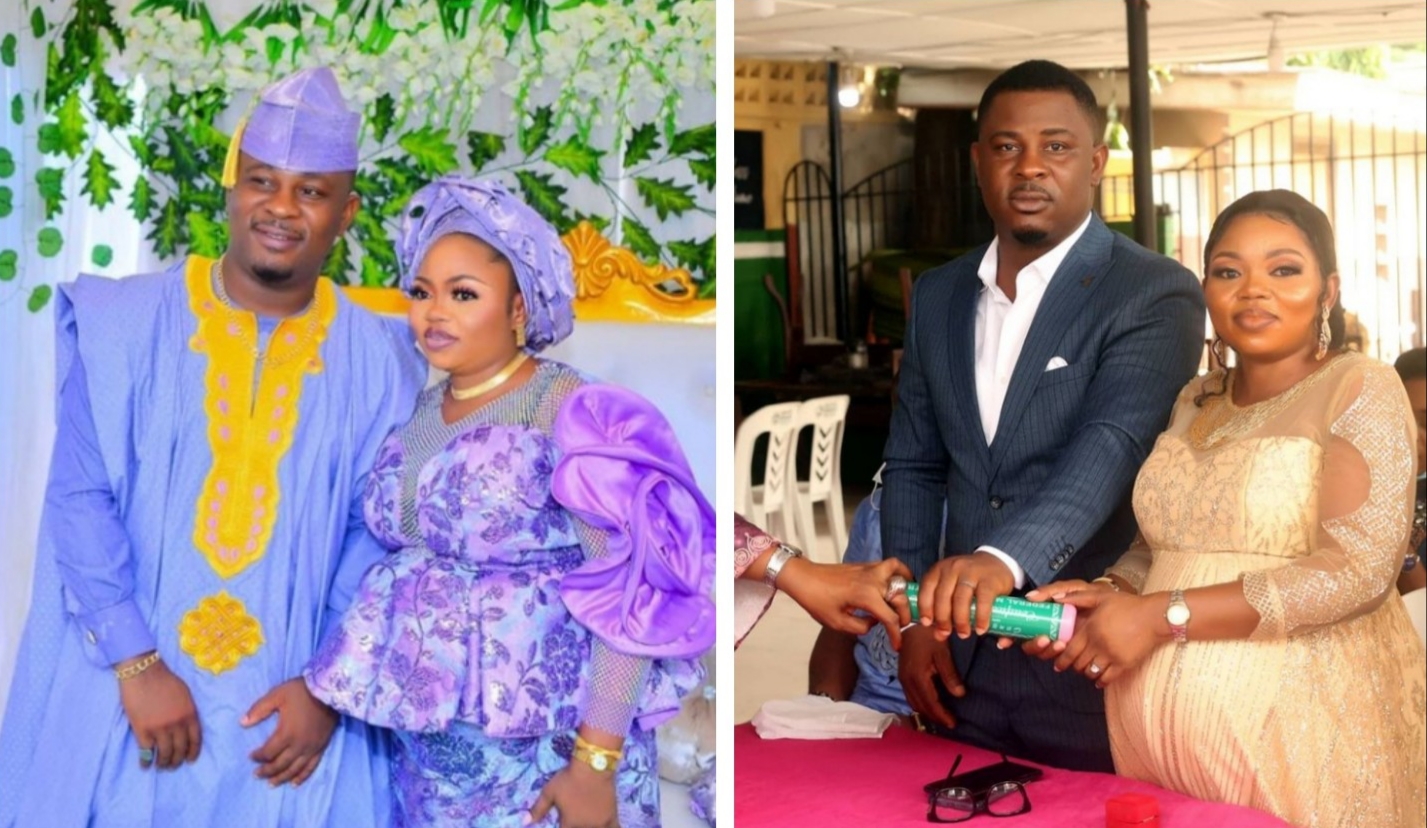 Remember Nollywood Actor Yomi Soyombo who shared the photo of himself carrying his new born baby some days ago took to his Instagram page to share lovely photos of himself with his wife to revealed that they both got married legally recently with a post” It’s legal”. His colleagues in the movie industry, fans, friends, and family have congratulated him on the success of their legal marriage.

Yomi Soyombo is a Talented and popular fast rising Nollywood actor, film maker, MC/ Compere, Pride of Remo, Producer, CEO at DWMPE( Definition World Movie Productions and Entertainment), and God son. Yomi is one of the fast rising actors in Yoruba movie industry, who is known for his good roles in movies. He is competent, versatile, gifted, and exceptionally good when it comes to roles interpretation given to him by producers and directors.

Yomi began his acting career in 2008 and still active till present, which is about 13 years ago. He is also an idea developer, story writer, and event builder. He has written two movies and produced one to his credit. He is one of the Yoruba actors who is loved by fans due to his actions and ways of acting in most of the Yoruba Nollywood movies he featured.