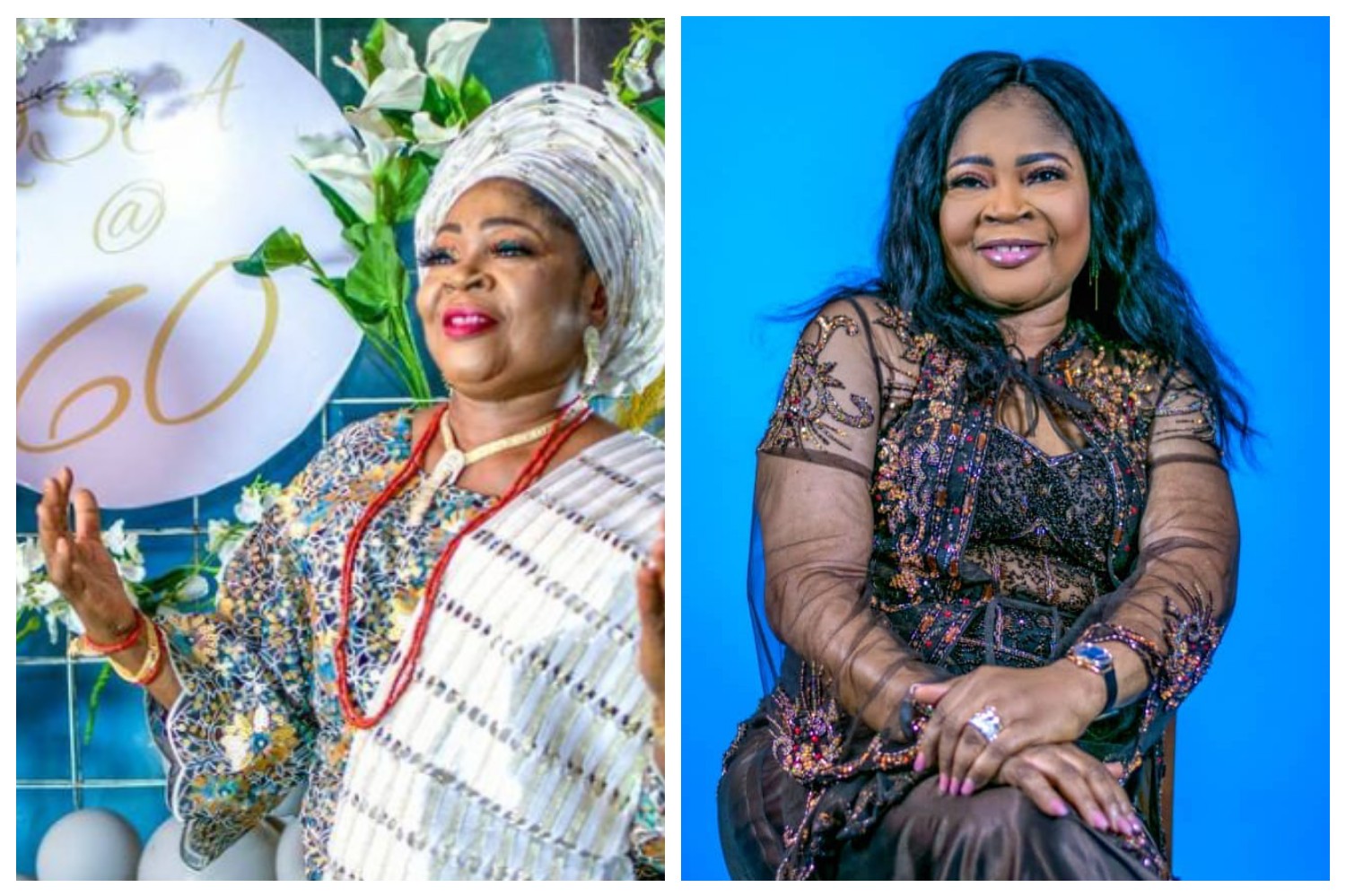 Salawa Abeni Alidu (born 5 May ) is a Nigerian singer. An Ijebu Yoruba from Ijebu Waterside, in Ogun State, she began her professional career in waka music when she released her debut album titled, Late General Murtala Ramat Mohammed, in 1976, on Leader Records. It became the first recording by a female artist in Yoruba Songs to sell over a million copies in Nigeria.

Abeni continued recording for Leader until 1986, when she ended a relationship with the record label’s owner, Lateef Adepoju. She married Kollington Ayinla and joined his record label instead, staying with him until 1994.

She was crowned “Queen of Waka Music” by the Alaafin of Oyo, Oba Lamidi Adeyemi in 1992.Waka is an Islamic-influenced, traditional Yoruba music style, popularized by Batile Alake; it is a much older genre than jùjú and fuji.

She shared on instagram photos wishing herself as she wrote:

Allhamdulilah!!! Enu mi gba ope!! Happy 60th to me Salawatu Ibiwunmi Abeni. I am more than grateful to God for sparing my life till this day and more. Eba mi dupe oo 🙏🙏🙏🙏🙏🙏