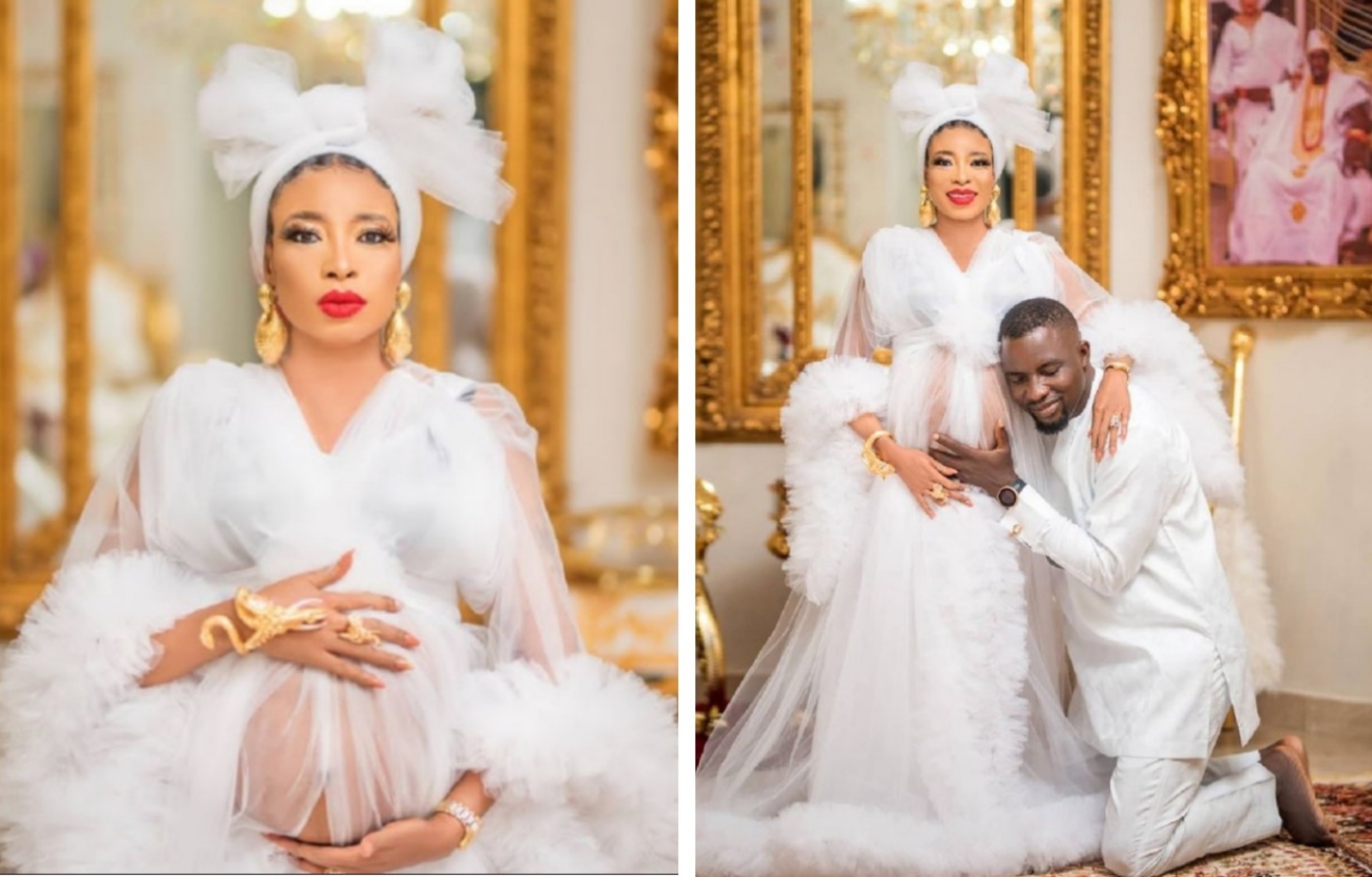 Nollywood actress Lizzy Anjorin has revealed how she almost aborted her five-month-old baby because of some of the misconception about pregnancy.

It was earlier reported that the actress called businesswoman, in a lengthy post on her Instagram page, recounts her pregnancy journey.

Lizzy revealed that due to her fear of pregnancy, she and her husband had opted for surrogacy before their wedding.

However, after a 3D scan recommended by a doctor, it turned out that she was pregnant and her husband could not contain his happiness.

The actress said she expressed a mixed feeling about her pregnancy as she thought about how she will cope with her career, property and clothing business as everything will be on hold during her pregnancy.

According to Lizzy Anjorin, she discussed with her husband, and they both agreed to abort the baby, but the doctor requested that she have to go through some test before the abortion.

Lizzy said she was being deceived by the doctor and her husband till the pregnancy was five months old and was told it was impossible to abort the baby.

The actress added because she was bent on aborting the baby, she sought possible substances to drink to flush the pregnancy, and when her husband noticed her moves, he ensured he was with her at all times.

She wrote: PT 2…FROM UNDER GRASS TO UNLIMITED GRACE..
I WAS WONDERING WHY HIS OWN HAPPINESS COME PASS MY OWN???
THEN SATAN COME MAKE ME RETHINK AND REASON BEYOND GOD😂🤣🤣
I BEGAN TO RETHINK WHY IS THIS MAN HAPPY?
DID HE WANT TO DESTROY MY CARRER?

WHO WILL HELP ME ADVERTISE
ALL MY PROPERTY & CLOTHING BUSINESS?
WILL EVERYTHING HOLD FOR 9MONTHS ?
THEN I TOLD HIM I WANT TO ABORT IT AND GO FOR SORROGACY.

I SAT HIM DOWN,
“DARLING, PLZ CONSIDER MY AGE, MY BUSINESS, MY EVERYTHING.
I CANNOT BE ON HOLD FOR 9MONTHS BLA BLA BLA”
MR. LAWAL SAID, IF THAT IS WHAT YOU WANT, NO PROBLEM
WE SPOKE WITH THE DOCTOR HE SAID OK, BUT I WILL GO THROUGH SOME TESTS,. THEY CAN’T JUST REMOVE IT COS OF MY AGE THEY HAVE TO DO SOME TESTS AND KNOW WHEN TO REMOVE IT..

MR LAWAL AND THIS DR TRICKED ME TILL I GET TO 5MONTHS.
I SAID DR MK PLZ, WE ARE RUNNING OUT OF TIME, WHEN ARE WE DOING THIS THING NOW? MY TUMMY DON DEY COME OUT JARE , I WAS VERY ANGRY AND THE DR. REPLIED ME, ‘MADAM YOU WILL CARRY THIS BABY I CANNOT KILL A CHILD’.
I SAID 5MONTHS IS NOT A CHILD NA BLOOD JOOR. I WAS SCARED.
I SAID LIZZY THIS PREGNANCY CAN DESTROY YOUR PLANS.

REMOVE IT AND STAY STRONG
I BEGAN TO BRING BACK MY OLD MEMORIES ABOUT MY 1ST CHILD 24YRS AGO.
I MEAN, SCARY MEMORIES .
THEN I CALLED ARIKE TO GET ME SOMETHING TO FLUSH IT.

ARIKE SAID, MUMMY DO YOU KNOW HOW MANY CHILDREN YOU HAVE HELPED ?
YOUR CUSTOMERS WILL NOT GO.
THINGS WILL BE FINE..I WAS LIKE THIS GIRL MUMU SHA…….NO MATTER HOW RICH YOU ARE, PREGNANCY CAN MAKE SOMEONE GO BROKE IF YOU DONT MAINTAIN UR SOURCE OF INCOME.
I REALISED NA ONLY ME KNOW THE REASON, OTHERS ARE NOT GETTING MY POINT.
DONT FORGET I HAVE MY RESPONSIBILITIES B4 I GOT MARRIED WHICH I WILL NEVER FORCE ON MY HUSBAND. WHATEVER HE GIVES WE WORK AROUND IT

I TOLD MY HUSBAND WE CAN AFFORD SORROGACY. WHY IS EVERYBODY BENT ON DESTROYING MY CAREER?
YOU ALL WANT TO KILL ME AT THIS AGE?
MR LAWAL SUSPECTED MY NEW MOVES. The PLAN TO GET RID OF THE BABY.
THEN HE BLOCKED ME FROM PEOPLE. HE BECAME MY BODYGUARD, MY DRIVER, MY NANNY, HE ABADONED HIS OWN PLAN AND BUSINESS. HE DEDICATED HIS TIME 24/7 TO MONITORING ME. HE COUNSELED ME SO THAT I WILL NOT ACT FUNNY.