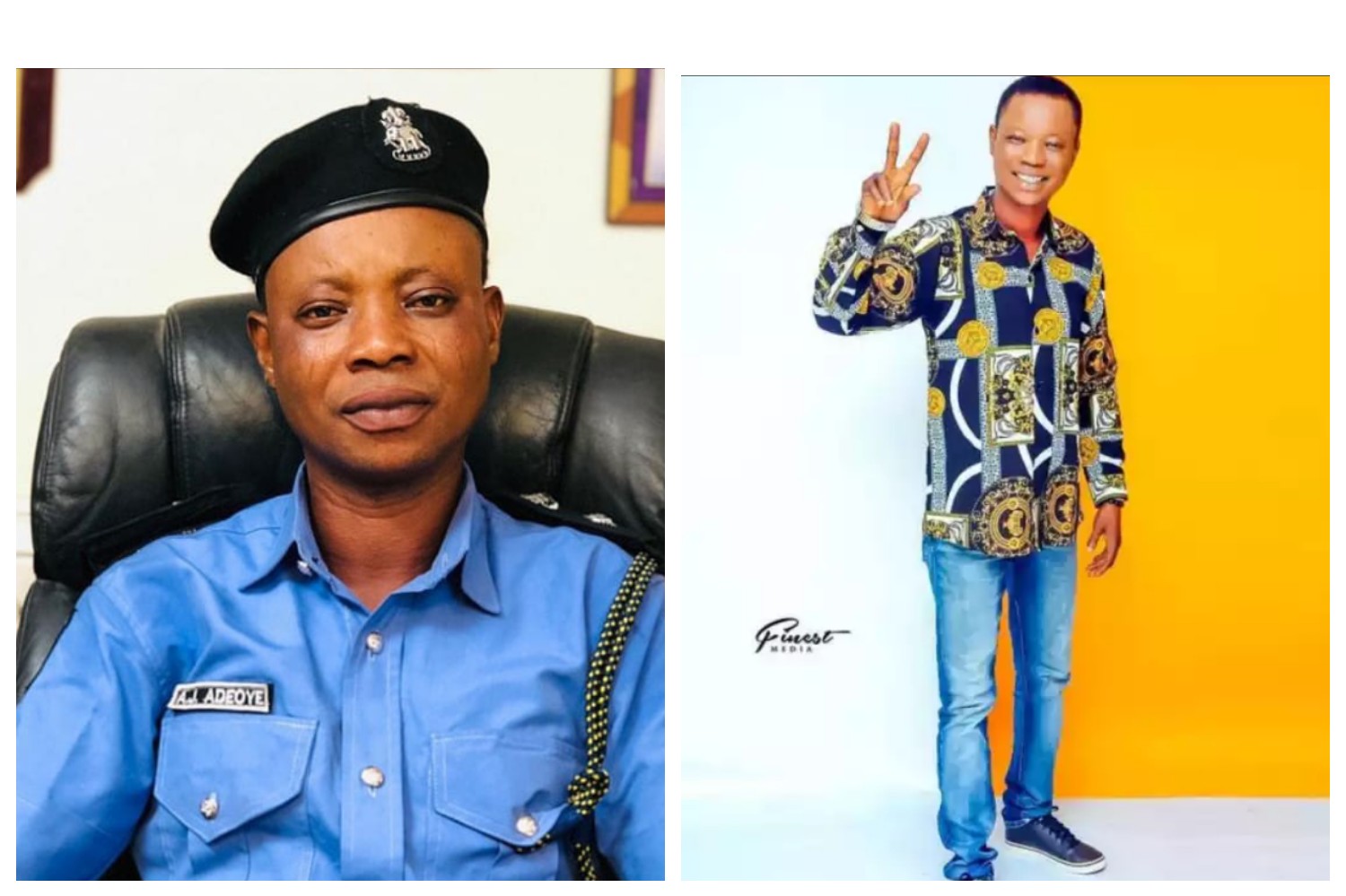 Most actors due to their attributes, are stereotyped in certain roles. In the sense that Jaiye Kuti always act maternal roles due to her stature, Ojopagogo that of an old man and many other movie stars in different roles. There is a particular thing attributed to actor Owolabi Ajasa which makes him often depict the role of a policeman in most movies.

Owolabi Ajasa is a popular Nollywood actor who is mostly seen in Yoruba movies. He obtained HND in Mass Communication at Moshood Abiola Polytechnic, Abeokuta and completed his national service in Kogi State few years ago. He started his acting career many years ago after meeting popular star, Lukman Ebun Oloyede popularly known as Olaiya while working in Total Filling Station at Abeokuta.

The actor came to limelight after producing the movie, Adanwo Olopa (Trial of Policeman) and since then, he has been gracing our eyes with his interesting movies. Due to the policeman role he depicts many people call him a policeman, and not only that, he has a unique way of delivering his roles to the satisfaction of the audience.

But one thing most people don’ t know is the very reason why Owolabi Ajasa often features as a policeman in most Yoruba movies. In an interview, Owolabi Ajasa revealed how his beardless face had earned him the role of a policeman.

” I think it is because I don’ t have beards. So in those days when I used to be behind the camera, if there was any police officer role, they would ask the director to call me to take the role of a police of­ficer. That was how I started; that was how it all started. People start­ed calling me a police officer. I mas­tered the role by asking police offi­cers about some of the nitty- gritty of the job.