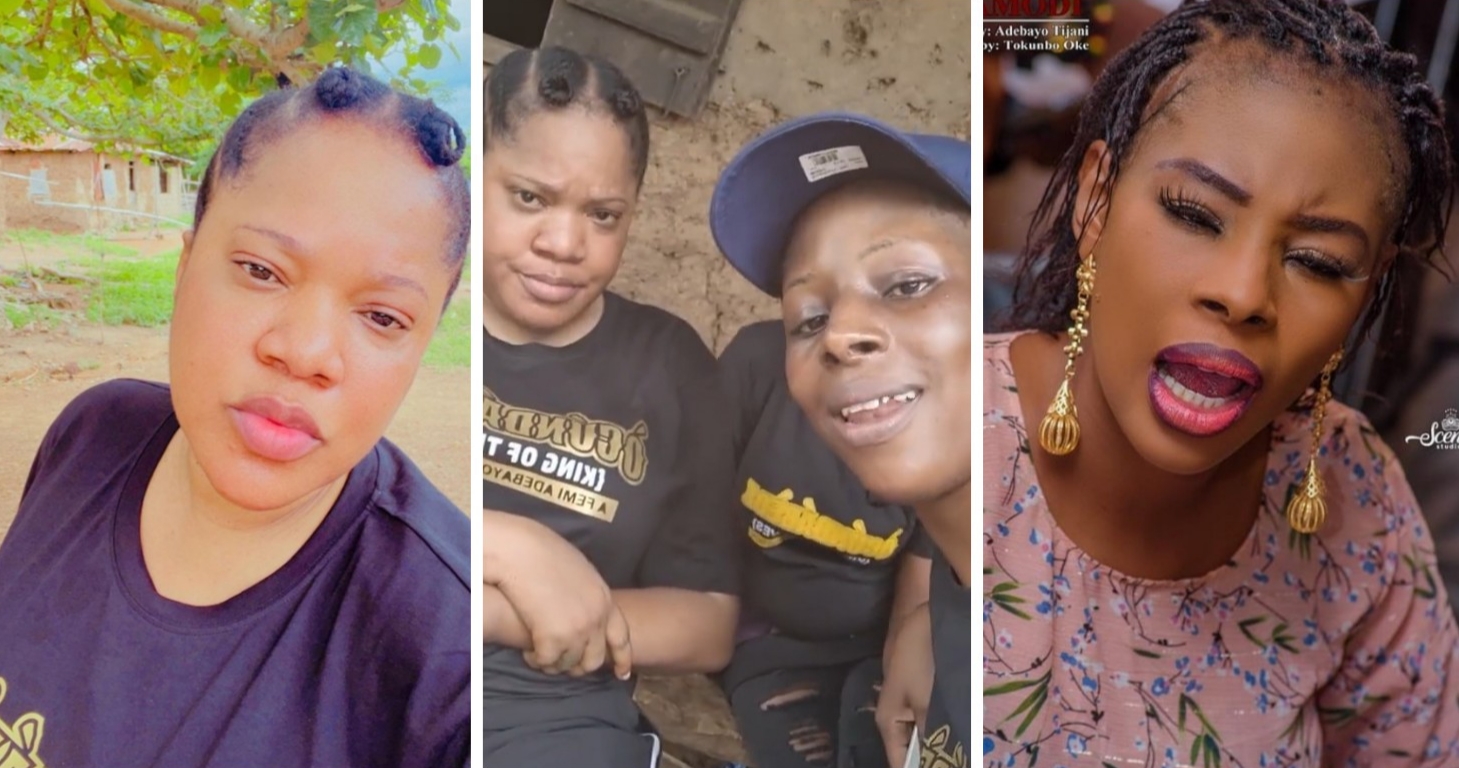 As we all know, respect is an important aspect of the yoruba tradition. It’s a symbol of peace and orderliness. The manner of greeting is one of the things a stranger will notice about the Yoruba’s.

The younger is expected to greet the older first, the female kneels, while the male prostrate.

Although, the age difference between the 2 people also plays a significant role. This way of salutation is for everyone, both young and old.

A video shared on social media has sparked the interest of Nigerians, where Aishat Lawal was on set. In the video, Aishat told Toyin Friends to come, see the popular actress, who is known as the world best, as Toyin Abraham tries to hide her face.

Aishat was praising her husband, Kolawole for taking good care of her. The moment Toyin heard Aisha calling her husband by his name, she chastised her by asking her not to call him by his name, but to respect him, and call him brother kolawole, and demanded that she also should be called Aunty.

The moment Aisha called her aunty, and her husband, brother kolawole, Toyin smiled and hugged her in the video.

She went ahead to talk about Toyin Abraham’s son, Ire’s love for her father, for following his father in the previous video.

Watch the video below;

This sparked reactions as fans, couldn’t stop laughing because the short video was very hilarious.