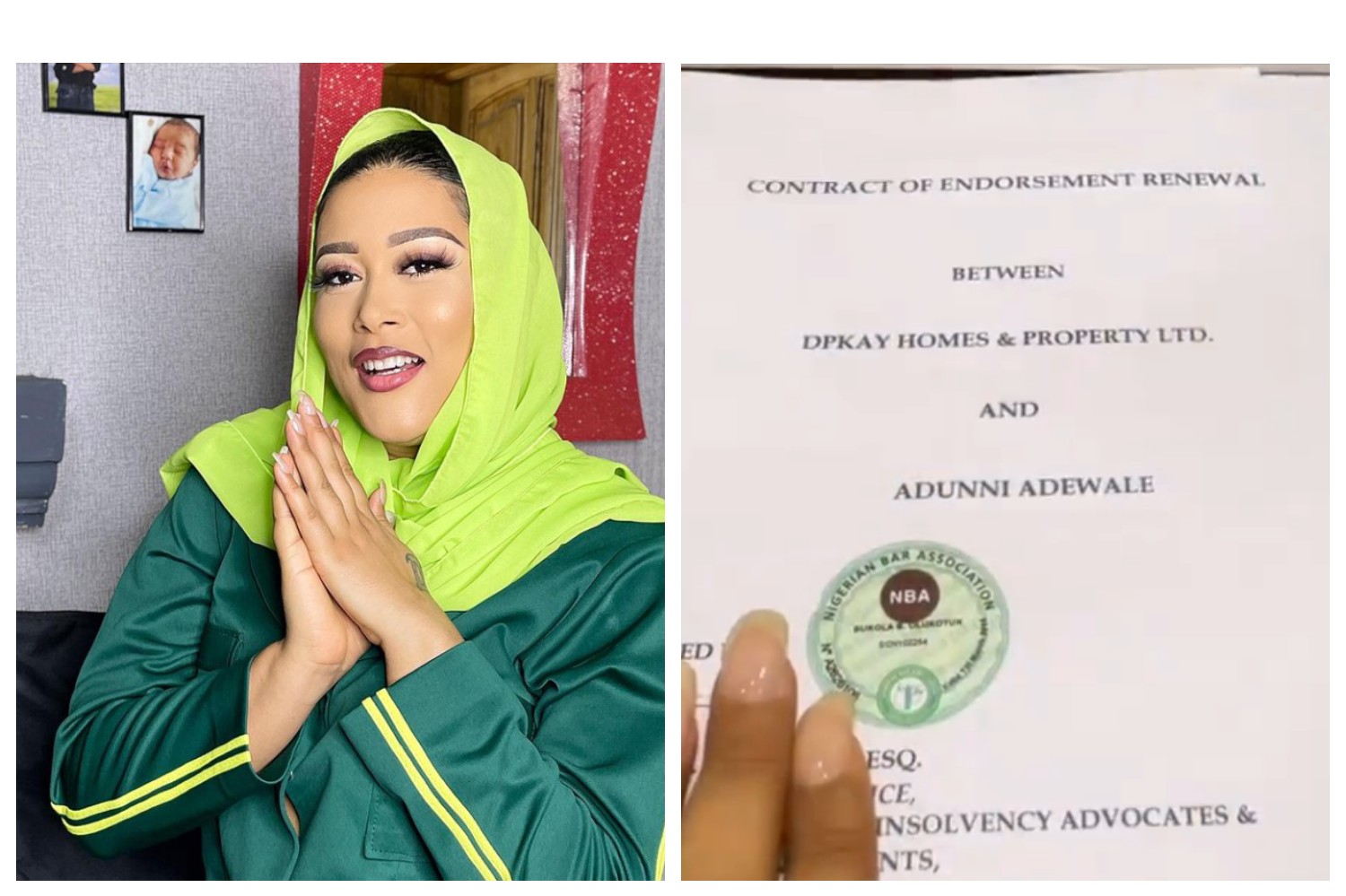 Adunni Ade  is a Nigerian actress and model.

Adunni Ade worked in the housing and insurance sectors in the United States before switching to the entertainment industry. Adunni ventured into fashion modelling and featured in America’s Next Top Model. After moving back to Nigeria, she landed her first Nollywood role when she acted in the Yoruba langguage film “You or I” in 2013.

Her short video comedy sketch “Date Gone Bad”, which was released on YouTube in 2014, has attracted so much attention that it recorded more than 170,000 hits.

She has also featured in several other Nollywood movies of both English and Yoruba languages, including some music videos for Sound Sultan and Ice Prince. She received a Stella Award from the Nigerian Institute of Journalism for her efforts in promoting the Nigerian culture.

In 2017, Adunni Ade became the brand ambassador for OUD Majestic.

Contract Renewed for another year!
God is Good!
The Best Homes and Properties company ever! @dpkayhomes
DPKAY LETS GO!