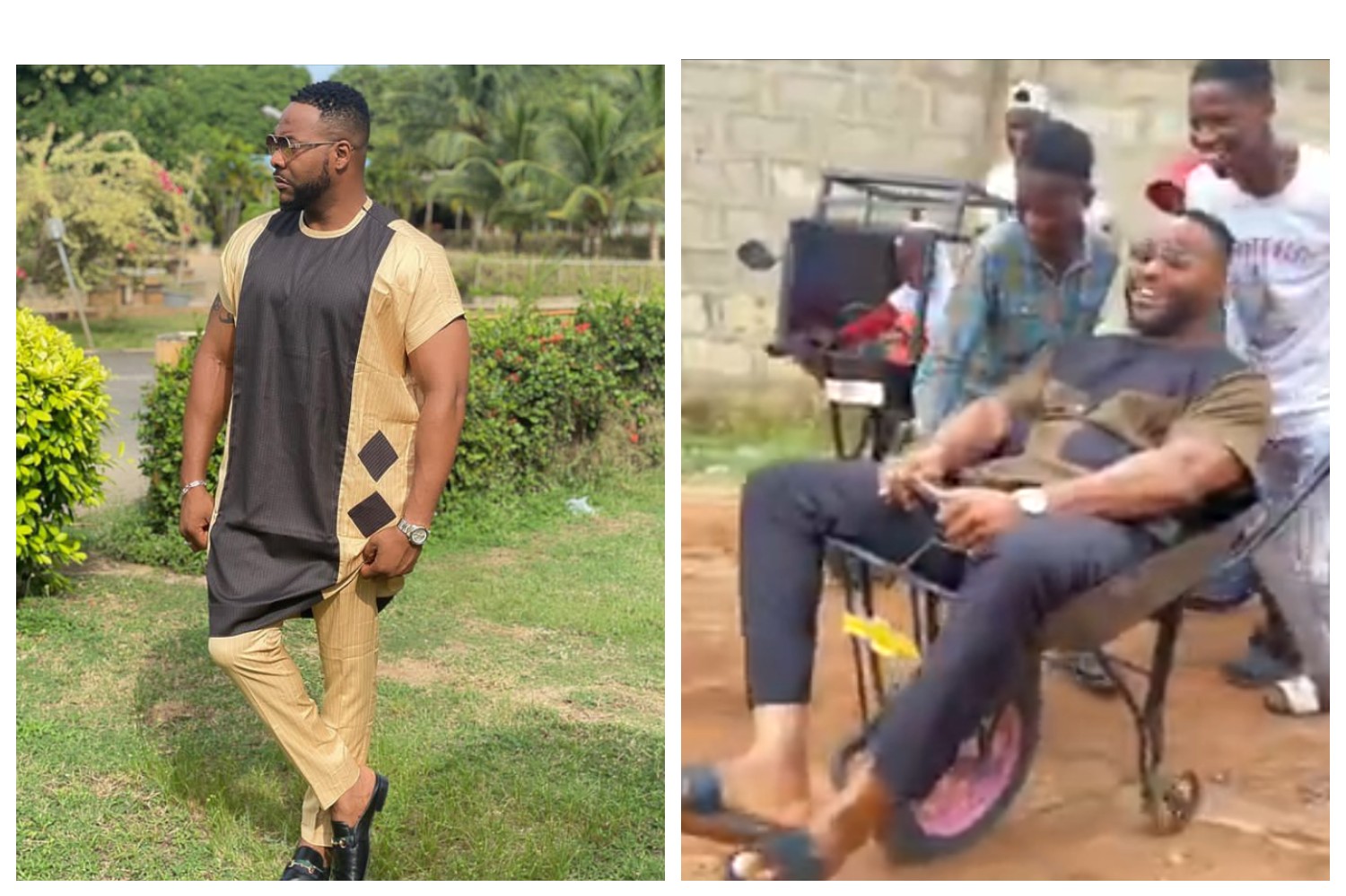 Nollywood actor Bolanle Ninalowo has received praises from many of his fans after he abandoned his car to ride on a wheelbarrow.

Taking to his Instagram page, the actor shared a video of himself during a visit to his home town, Ikorudu, in Lagos State and how they welcomed him.

The video captured the moment Bolanle Ninalowo met with the skit makers along the road, and the expression was overwhelming.

He hugged and exchanged pleasantries with them, and they requested to give him a ride with their wheelbarrow, and he agreed.

Sharing the video, he wrote: So i visited my home town “Ikorodu” today and this happened.
Link up with the @ikorodu_bois Awon omo Eluku mede. Maka

danielkdaniel wrote: I want a ride too

News recalled that Bolanle Ninalowo recently took to Instagram to make some revelation about his wife and mother of his children.

According to Ninalowo, his wife and mother used to be the mumu in their marriage, but now, the table has turned, and he is now the mumu in the relationship.

In his words: “She use to be the mumu! Bolanle says jump, na how high… Funny how the table switches! Take it all Mama Aliyah … Ose Iya mi”