Yoruba Actor Segun Ogungbe And His 2nd Wife, Omowumi Ajiboye, Celebrate Their Sons As They Add Another Year Today (Photos) 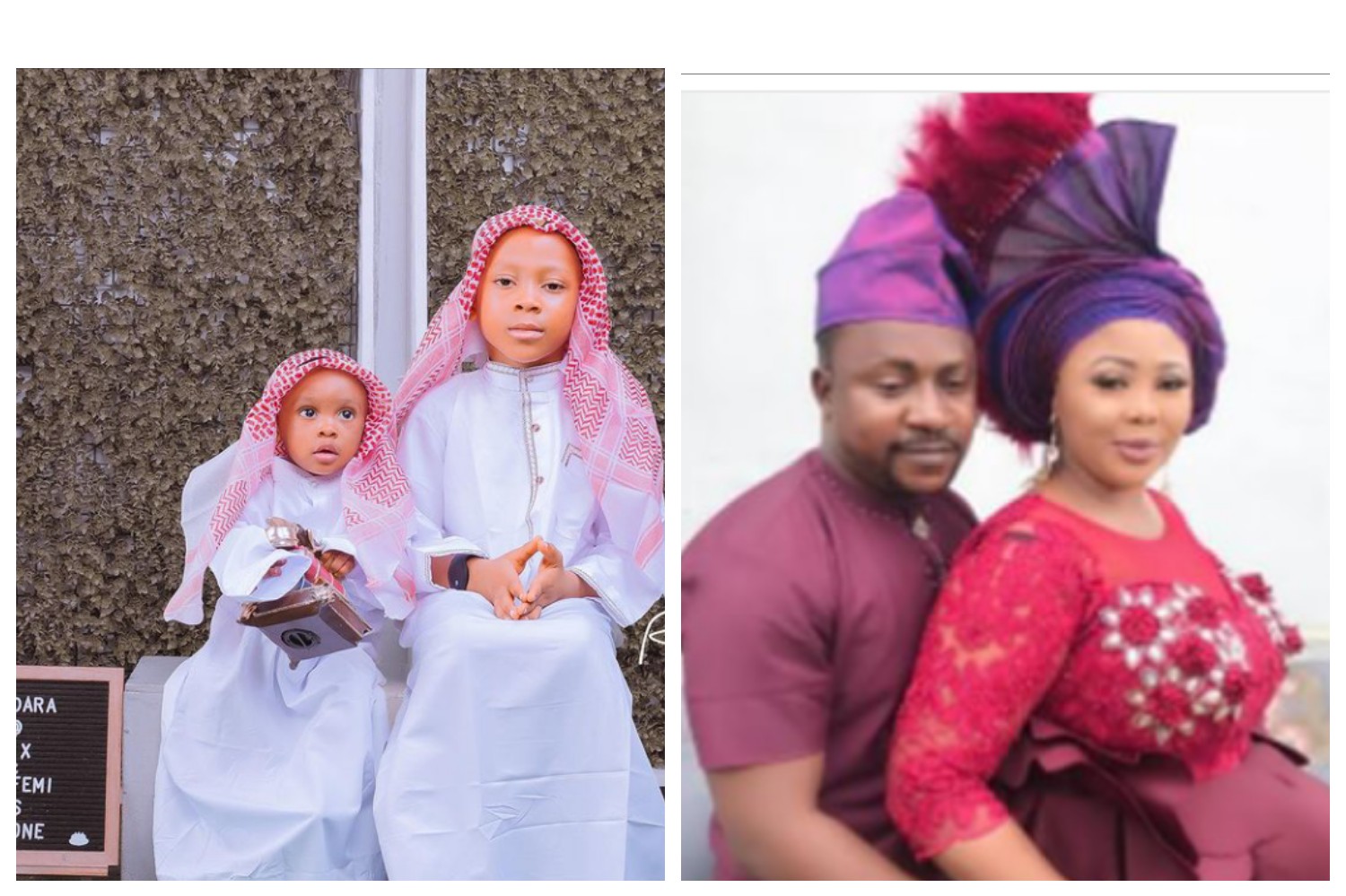 Actress Omowunmi Ajiboye took to her social media platform to shower prayers on her two sons, as today is their birthday. Her first son Obadara Ogungbe is 6 years today, he was born on 30th of May 2015. Also her second son, Obafemi Ogungbe is 1 years today, he was born on May 30th last year. So actress Omowunmi Ajiboye celebrates her two sons today. Also their father, actor Segun Ogungbe took to his social media platform, to celebrate his sons Obadara Ogungbe and Obafemi Ogungbe, as they clock 6 and 1 years respectively. Celebrating his two sons, actor Segun Ogungbe wrote; Happy birthday guys Alabi ati Ayinde. Dear sons Obadara Ogungbe and Obafemi Ogungbe, I pray that the Almighty will endow the both of you with courage, beyond that of Samson to be able to conquer every obstacles and fear that might come your way in life. Have a sweet birthday, may God countenance shine on you, you will find favour in the eyes of men. King and king, have a wonderful birthday he said

See the photos below;