‘Why I did not post my wedding photos on social media’ – Actress, Nkechi Blessing opens up 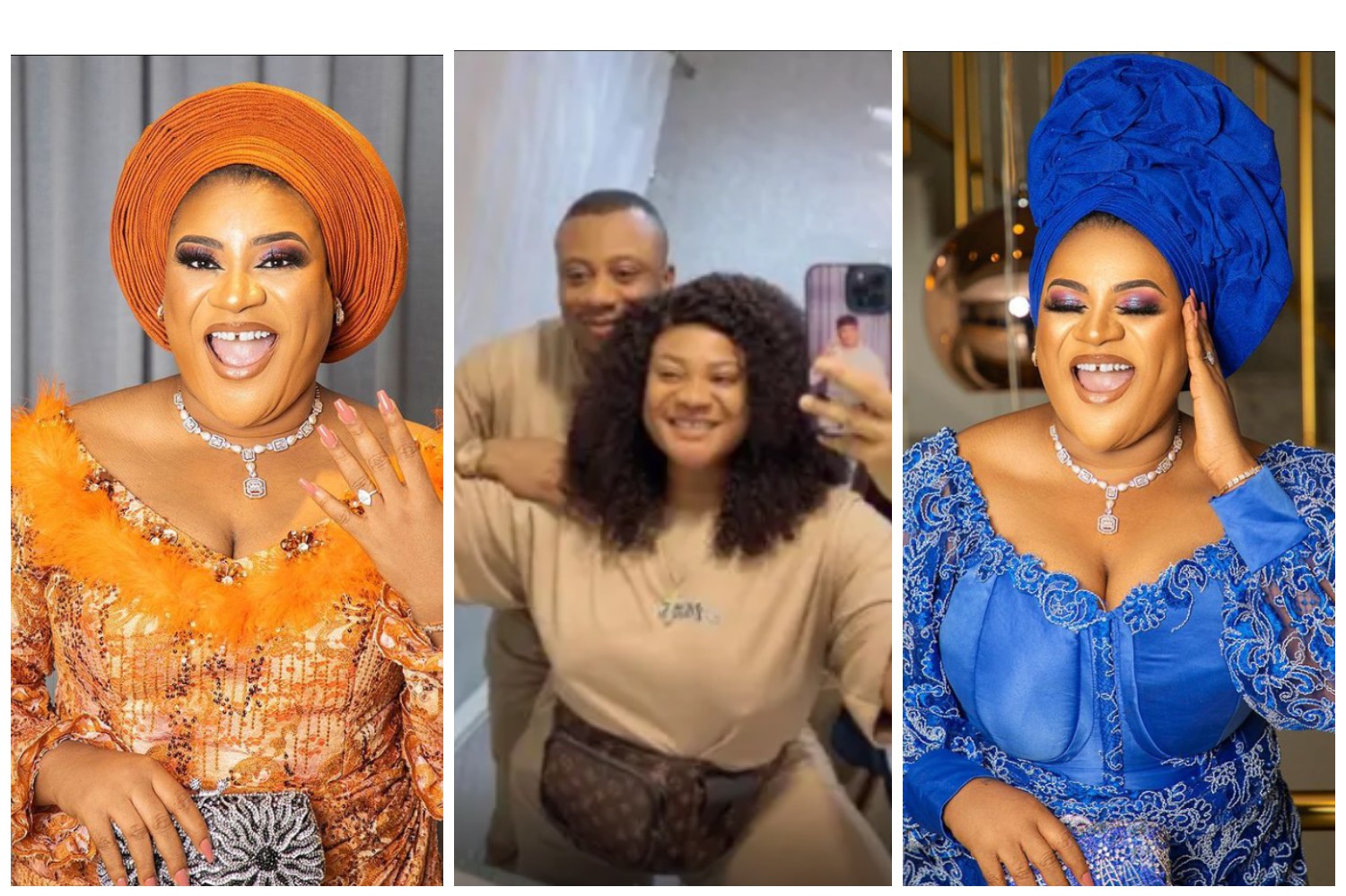 Nollywood actress, Nkechi Blessing has opened up on why she did not post her wedding photos on social media.

It was recalls the 32-year-old claimed to have been married to her politician boyfriend, Opeyemi but she prefers to show her man excess love privately and not on social media. Nkechi added that anyone that is interested in seeing celebrities relationship on social media should check her colleague’s page because her relationship is not for entertainment.

According to controversial, she does not plan to entertain social media users with updates about her marriage, hence the reason she decided to keep her marriage private.

Speaking further, the curvy actress said her aim to to have a successful marriage and not a wedding.

“Divorce rate is so high because people are ready for weddings not marriage… Ya all waiting for me to post my wedding pictures before you believe I am married…LMAO! I NBS wants a marriage and not a wedding ain’t ready to make my relationship your entertainment”

@morethanagirl1 wrote “In conclusion, you no do wedding. You just packed into a man’s house. OK.”

@nurse_nwamaka wrote “best thing you can ever do for your life is to keep your marriage private it’s called maturity. Social media has too many drama.love and peace. Only few will understand.”

@adunolar1 wrote “Wedding is just for 1day, marriage is forever know the difference before rushing into it, No joke at all.