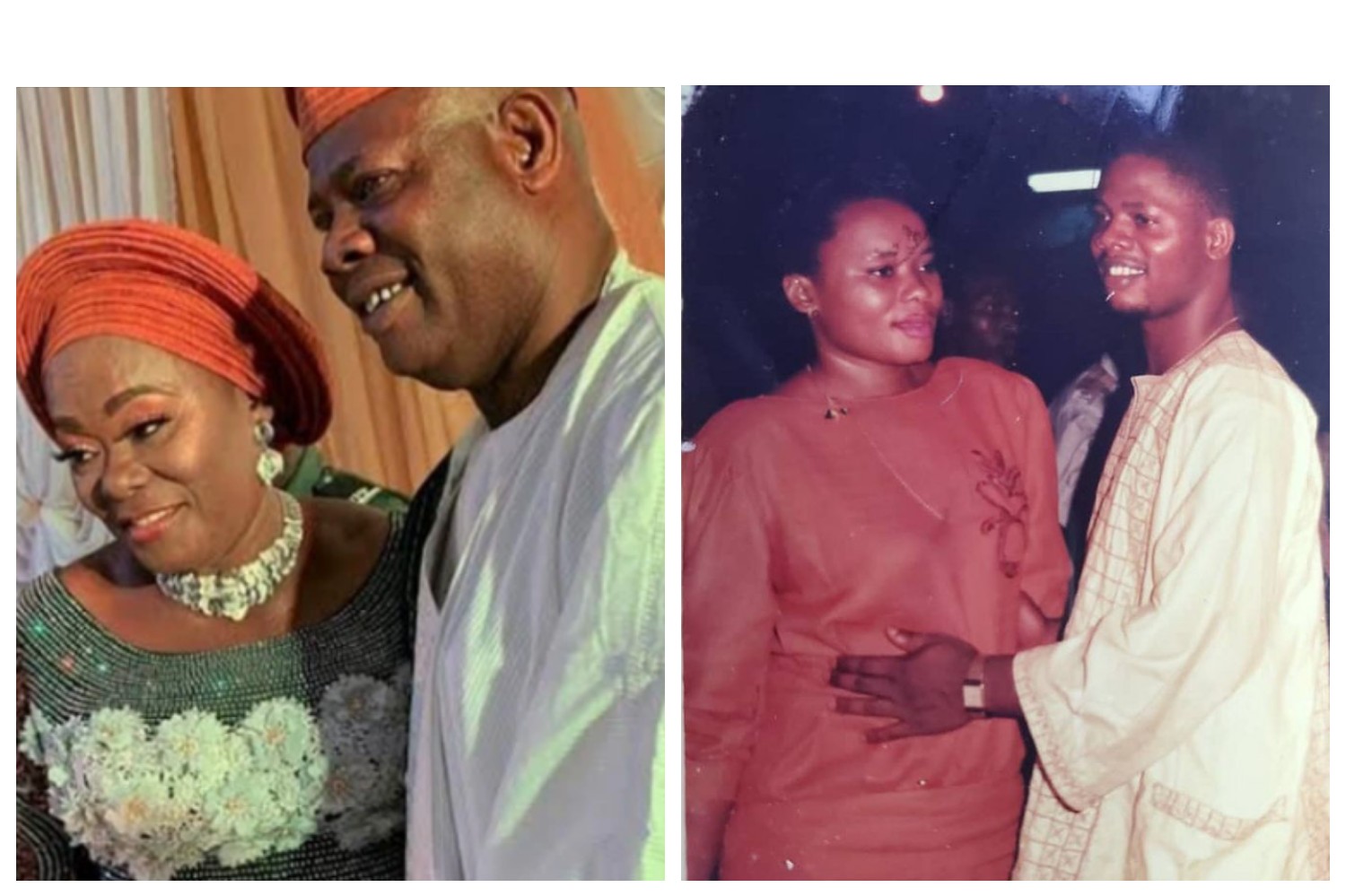 Reactions have been trailing the throwback pictures of a popular and veteran Nollywood actor, Yinka Quadri with his wife from years back.

The actor took to his social media page to shares pictures of himself and his beautiful wife when they were still in vogue as young couple.

The two lovers who are now grandparent looked really young in the picture, with the wife so pretty and the husband not looking bad as well. The pictures also showed they still look good even at their age now.

These pictures have generated reactions from people including colleagues of the actor who thanked God on the behalf of the couple for how far they have gone together. People also reacted to how the husband and the wife looked back then, especially the husband who was slim back then but now has added more flesh.

Yinka Quadri is a popular face in the Nollywood industry as he has been there for decades and ha starred in many movies taking different roles being a versatile actor. He has also influenced many young actors into the industry as well.