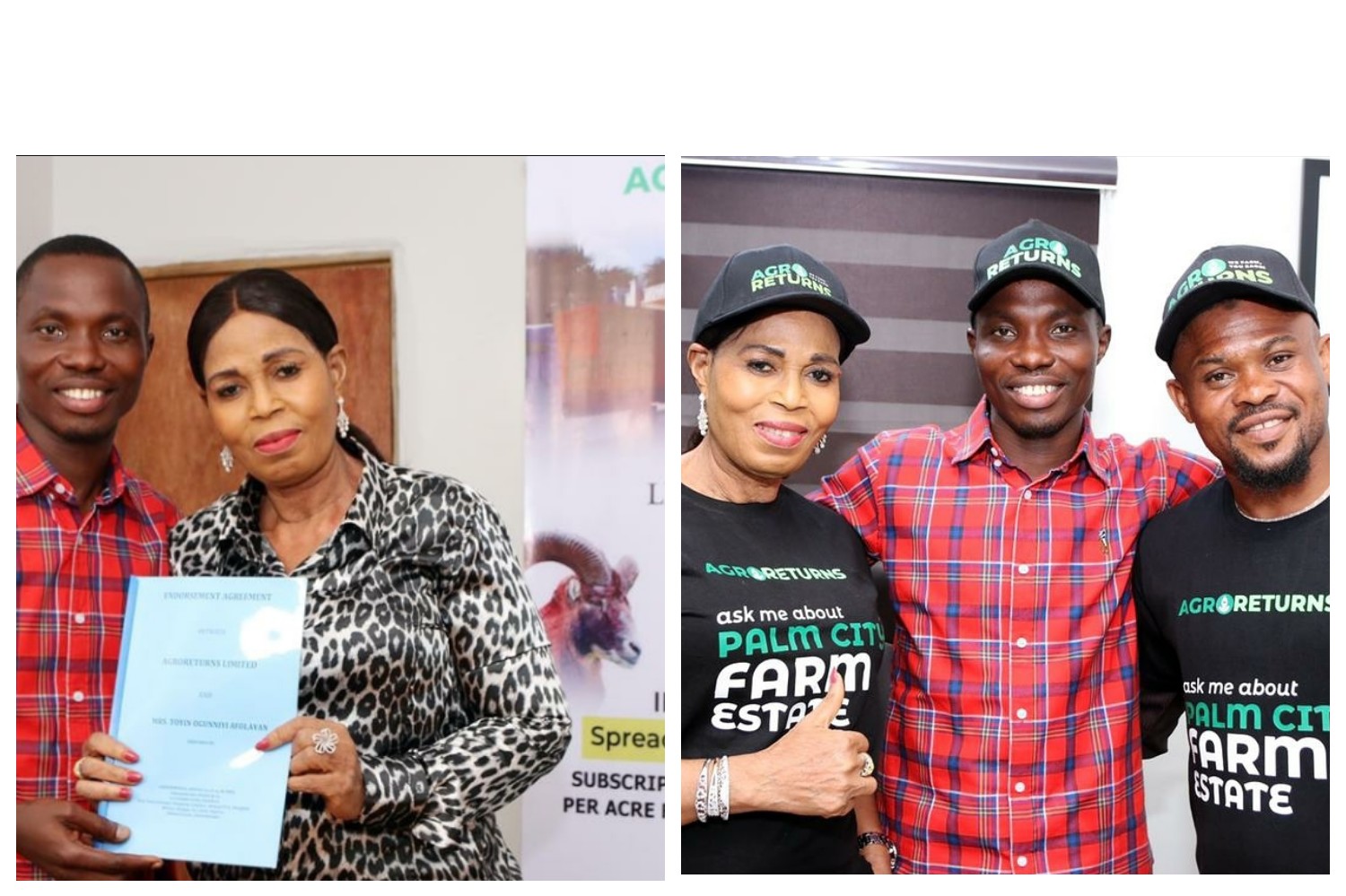 As an entertainer, bagging an endorsement deal is a great achievement. This is because this is where some of them make more money aside the one they make directly from their professions.

A popular and veteran actress in the Nollywood industry, Lola Idije has bagged a new endorsement with an agricultural firm as an ambassador.

The beautiful actress took to her social media page to share pictures of herself signing the endorsement deal while also posing with some products of the firm.

She joined one of her colleagues, Monsuru as an ambassador of the firm as they took pictures together as ambassadors.

The award- winning actress could be seen in the picture together with a representative of the firm as they posed with the document of the endorsement.

Lola Idije is a renown actress in the industry, she is well known for her charismatic nature as an actress, her top-notch actions made her many people’s favourite.

Many of her colleagues, fans, followers and loved ones have congratulated the veteran actress on her new achievement wishing her greater one.