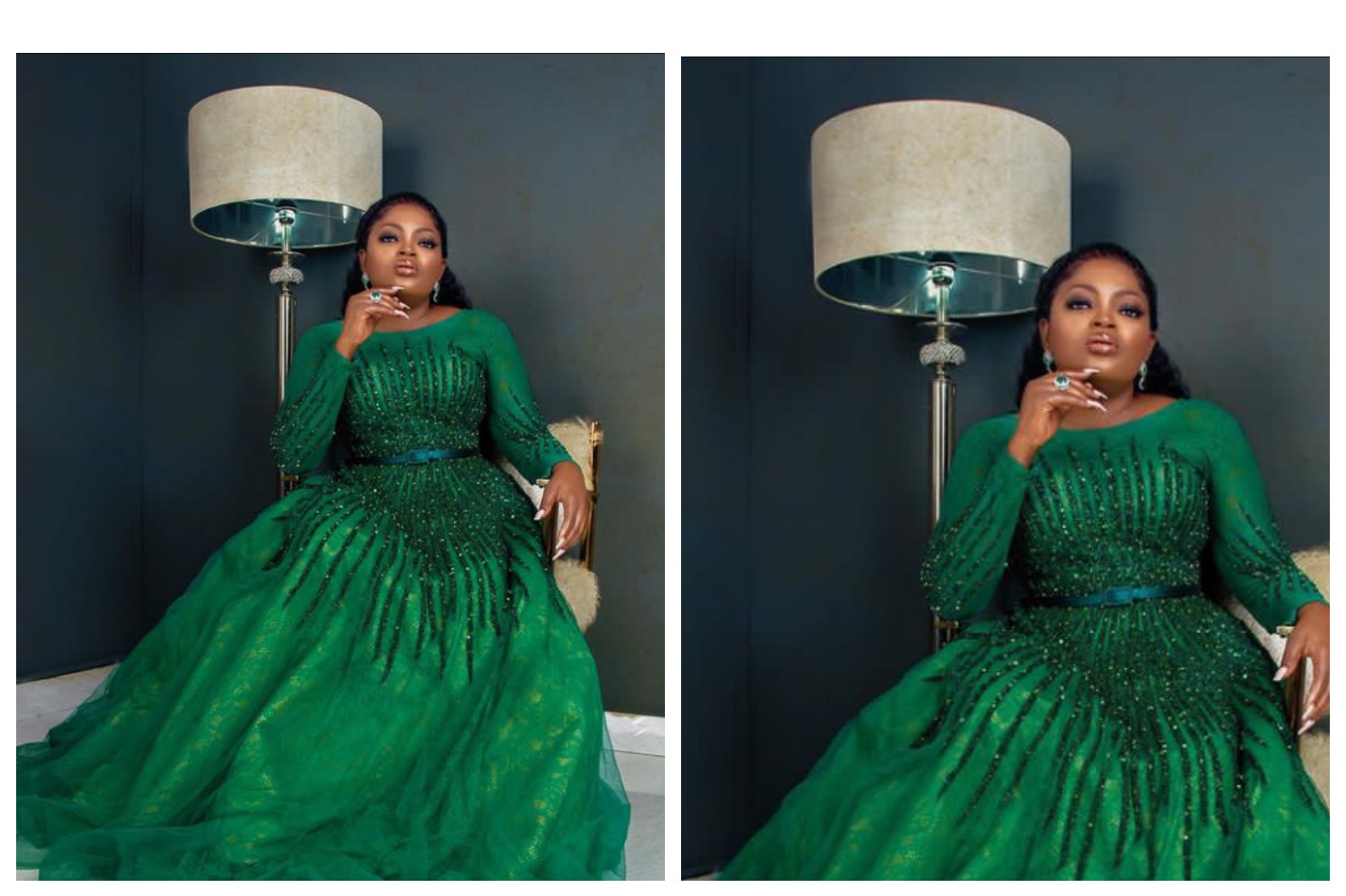 Actress Funke Akindele Bello has taken to her social media account and wowed her fans with the lovely new photos she released recently. The movie star is among the self-made women and Nollywood icons blessed with natural beauty.

Just a moment ago, actress Funke took to her Instagram and shared adorable new photos of herself that sparked reactions. In the pictures, Funke Akindele was spotted rocking a stunning green outfit that made her appear classy.

Sharing the post, she captioned it, “Hush, don’t let them know she is online, sitting pretty on her throne”. I love the way Funke positioned herself in what she shared above. There is no doubt that she is the queen of her paradise.

What the veteran actress captioned her post triggered reactions from her fans. It also captured the attention of Eniola Badmus and other top Nollywood celebrities. In reacting to the post, actress Eniola Badmus said, “Pele madam sitting pretty”.

However, others are yet to get enough of the beauty Funke displayed above. They showered her with lovely compliments and called her beautiful names. See more reactions below.