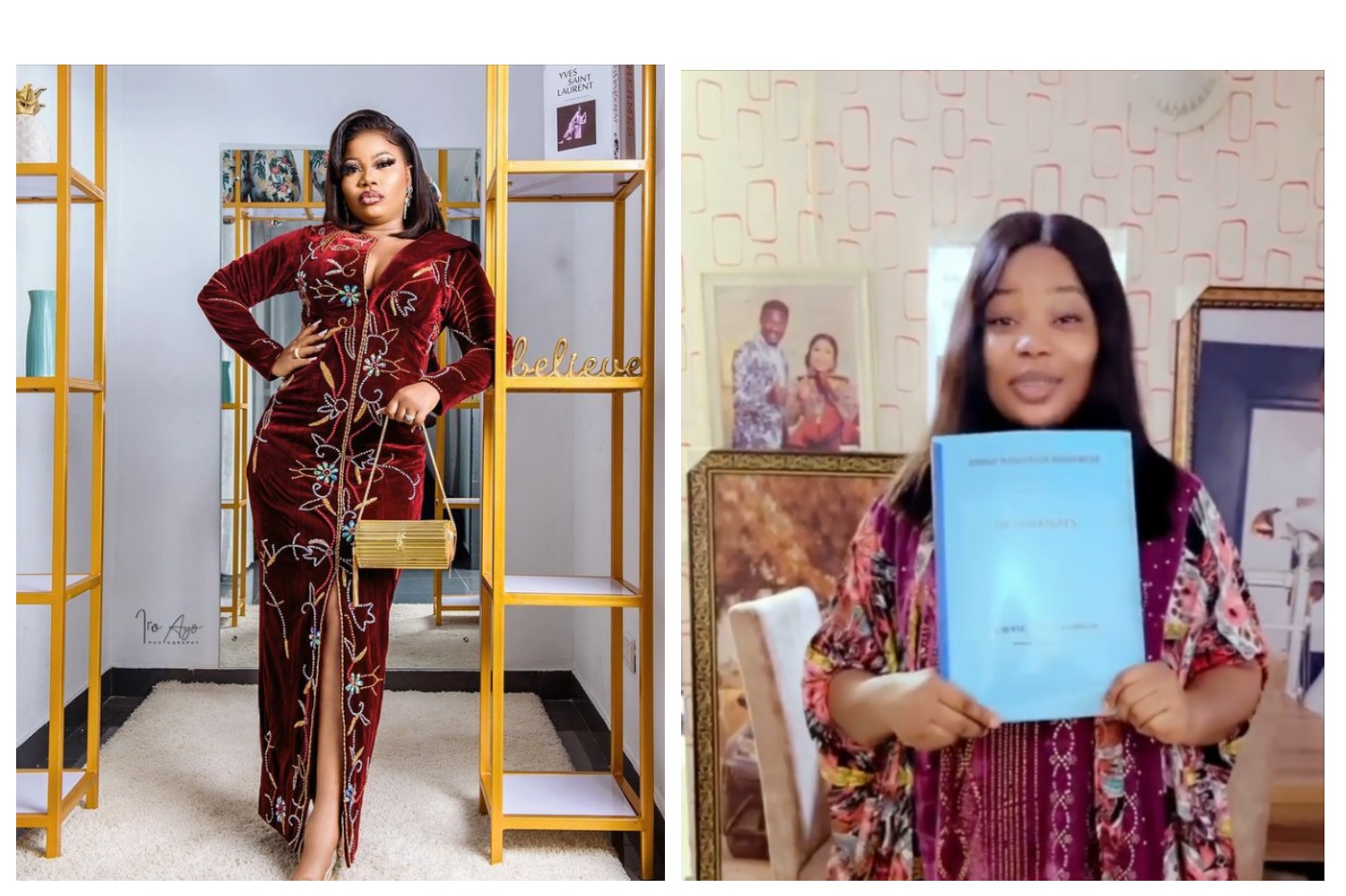 The talented Nigerian Yoruba actress Seyi Edun signs an ambassadorial deal with queenbsignatures_kayan today. This pretty actress Seyi Edun couldn’t hide how excited she is, as she took to her social media platform, to share the news of her endorsement deal with her colleagues and fans. Several of her colleagues and fans congratulated her, as she signs an endorsement deal.

Seyi Edun was born and bred in Lagos State, but she hails from Ayetoro Egbado in Ogun state. Seyi Edun attended Tunyo nursery and primary school, before proceeding to Anglican Girls Grammar School in Surulere Lagos State for her secondary education. Afterwards she bagged a degree at the Olabisi Onabanjo University in 2011. Seyi Edun has won numerous awards and nominations to her name. Seyi Edun is one of the actresses that commands respect for themselves. Seyi Edun is married to the popular Yoruba actor Adeniyi Johnson, but their union hasn’t produced any children. Seyi Edun has featured in several movies which includes Ota Mi, Oko mi, Case Closed, Wonuola and Ashawo among others. So congratulations to actress Seyi Edun on her endorsement deal.