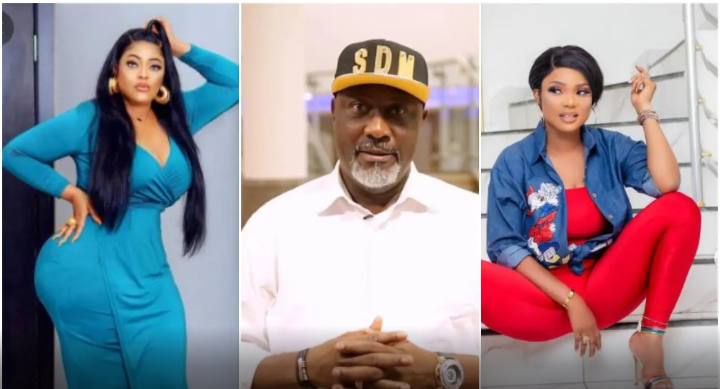 News recalls that an Instagram blogger, Gistlovers, had alleged that Iyabo Ojo was dating Dino Melaye until her colleague Omoborty with the aid of a popular Kayamata seller Miwa, snatched him from Iyabo.

The blogger added that irrespective of Dino finding love in the arms of Omoborty, the politician ensured that he was generous enough by buying houses for the two Nollywood stars.

The news, which has become a topic of discussion on social media, has generated lots of reactions, but Iyabo Ojo and her colleague have remained silent.

Reacting, Dino, in a post shared on his Instagram page, said several speculations about him dating, impregnating or planning to marry anyone are all lies. Nevertheless, he would soon be getting married.