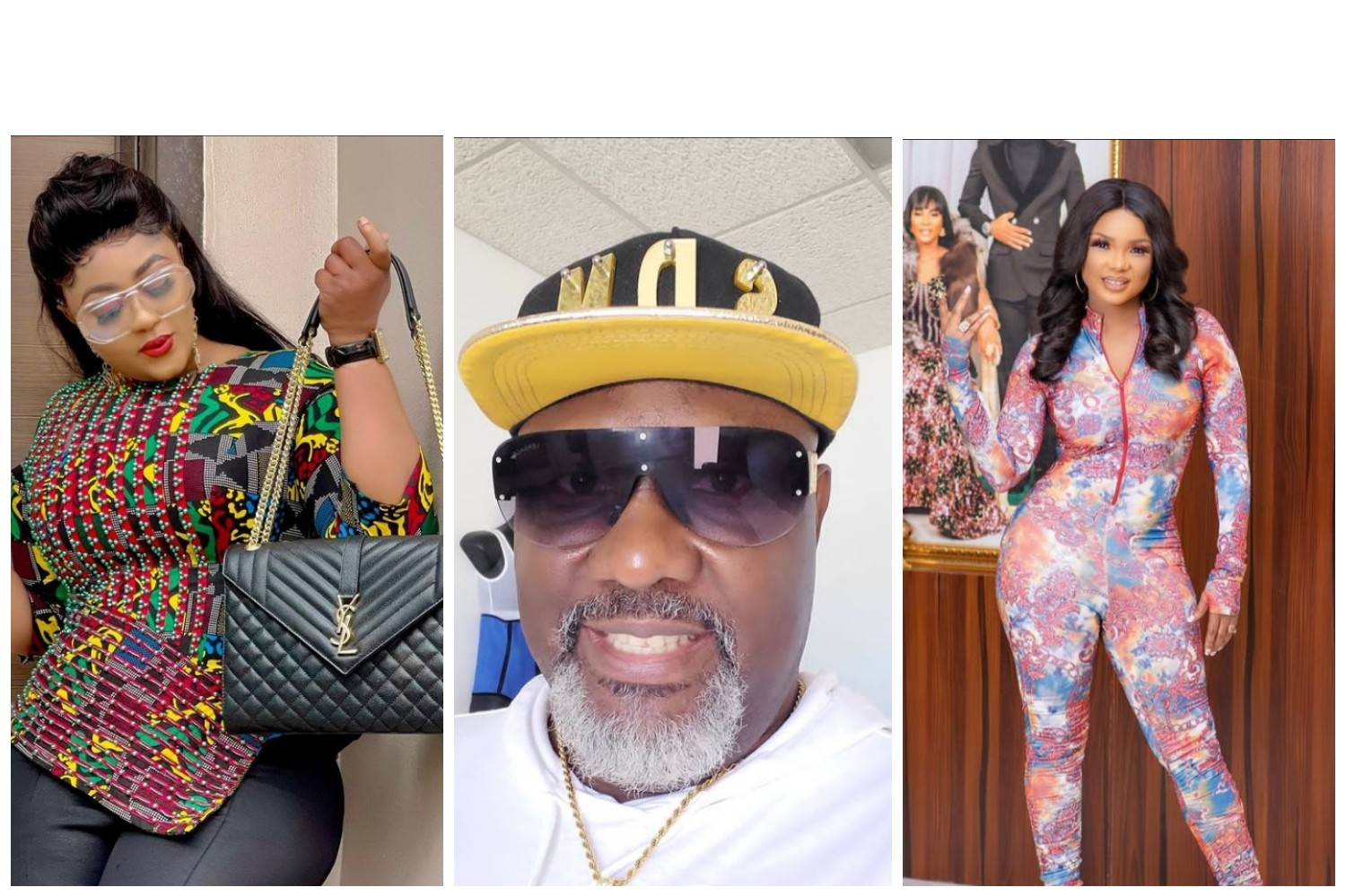 In a post shared on Instagram, the actress debunked claims of being romantically linked to the former senator, stating she was shocked to hear about insinuations of snatching Dino from her colleague, Iyabo Ojo.

It was recalls in the voice note the Iyabo Ojo was heard telling Dino Melaye to stop denying her in public or else she will stop giving him her body.

Iyabo also threatened to curse Dino Melaye if he keeps getting on her nerves by cheating on her with her colleague, Biodun Okeowo and popular Kayamata seller, Miwa

Reacting, Biodun Okeowo, in a post shared on her Instagram page, said she would have remained silent and ignored the reports, but her silence would make people believe the reports are true.

According to the actress, she met Dino Melaye at a wedding ceremony where they took photographs together alongside some dignitaries at the party.

She posted the photos on her Instagram page, which many people misinterpreted that they are in a romantic relationship.

The actress added that she’s not and was never in any amorous relationship with Dino Melaye, neither is she in any form of entanglement with him.

She wrote: Few days ago my attention was drawn to an audio recording circulating on social media which I also listened to myself, purportedly accusing me of being romantically involved with Dino Melaye. It was shocking to hear about insinuations of snatching him from a colleague and being in a romantic relationship with him.

Considering my current engagement with my business and acting career, I ordinarily would have ignored and keep mute about it. But I decided against such action as my silence would seemingly and inadvertently give it a semblance of truth…as silence is termed to mean consent.

I met Dino Melaye at a certain wedding ceremony where we took photographs together just as I did with other guests and dignitaries at the party. Thereafter, I posted on my IG handle. Unknown to me posting a picture of myself and Dino only gave rumour mongers a field day to spread lies and unfounded allegations against me that I’m dating this particular man.

I unequivocally state and reaffirm that I am not and was never in any amorous relationship with Dino and neither am I in any form of entanglement with him.

I will appreciate it, if this settles any misconception, assumptions, innuendos and falsehood about my alleged relationship with Dino Melaye. At this point I will like to state explicitly that I am certainly not involved in any form of relationship with him whatsoever.

To all my Omoborty Nation, I will never let you down. For now, my focus is on my kids, my man, business and my acting career. I have set my face like a flint on that path. Thank you to all who reached out to me and believed in me.