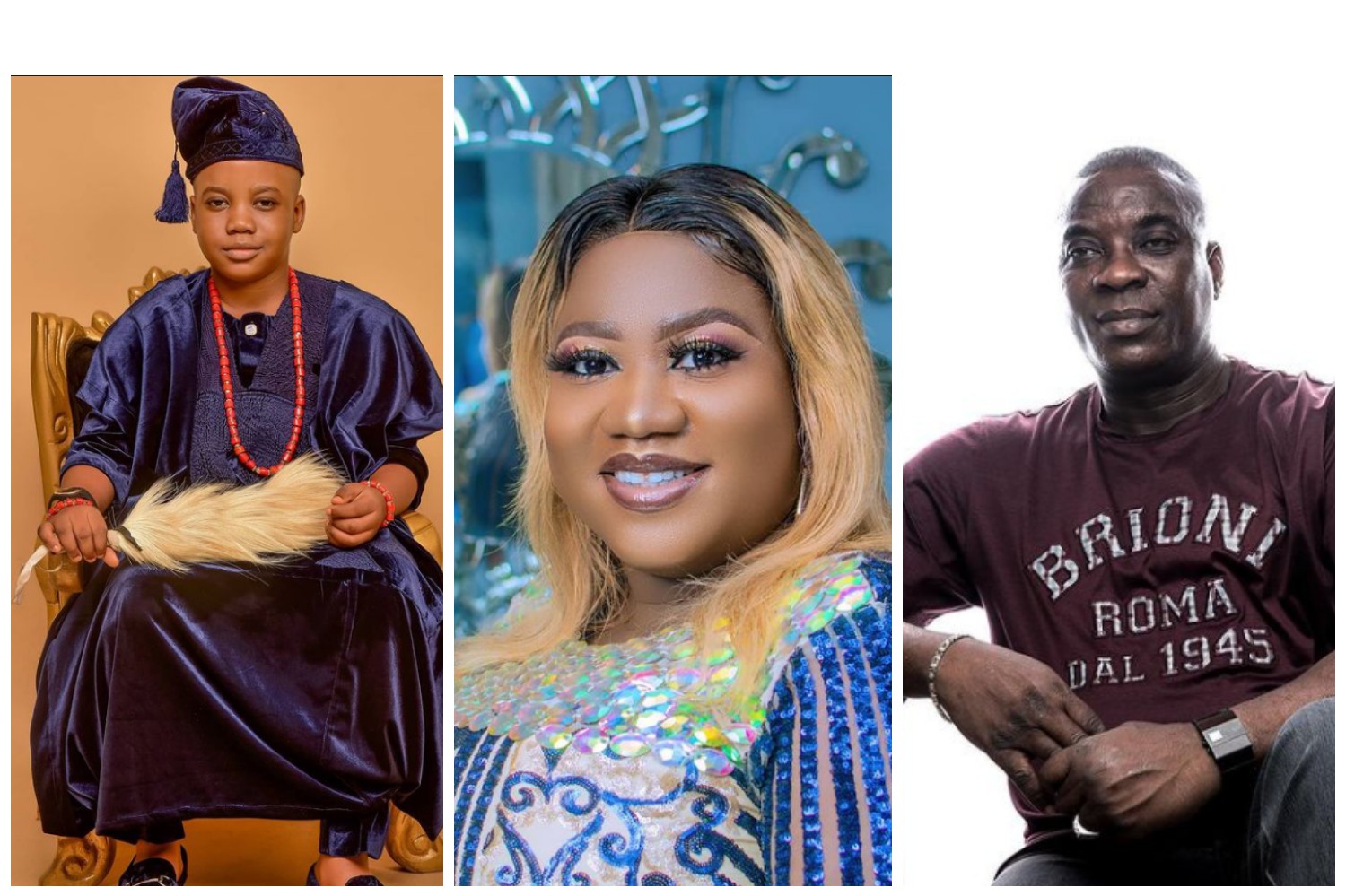 As known, K1 D’Ultimate is one of the popular fuji artists in the country who is well respected and has a lot of fan base.

King Wasiu Ayinde is a ladies man as he is quite loved by women all over the country. The popular musician has more than 2 wives and Baby mamas. Today, one of his Baby mama who is a popular Yoruba actress, Bisola Badmus went on her page to celebrate their son’s birthday as she posts pictures of the handsome young boy who turns 9 years old today. Malik Marshall is a handsome young boy who looks like the popular fuji musician, King Wasiu Ayinde. If you ask me, I would say there is no DNA needed as the handsome boy is the perfect reflection of King Wasiu.

King Wasiu Ayinde’s boy is handsome and even has the same swag as his father as depicted in his pictures above.

What do you think?