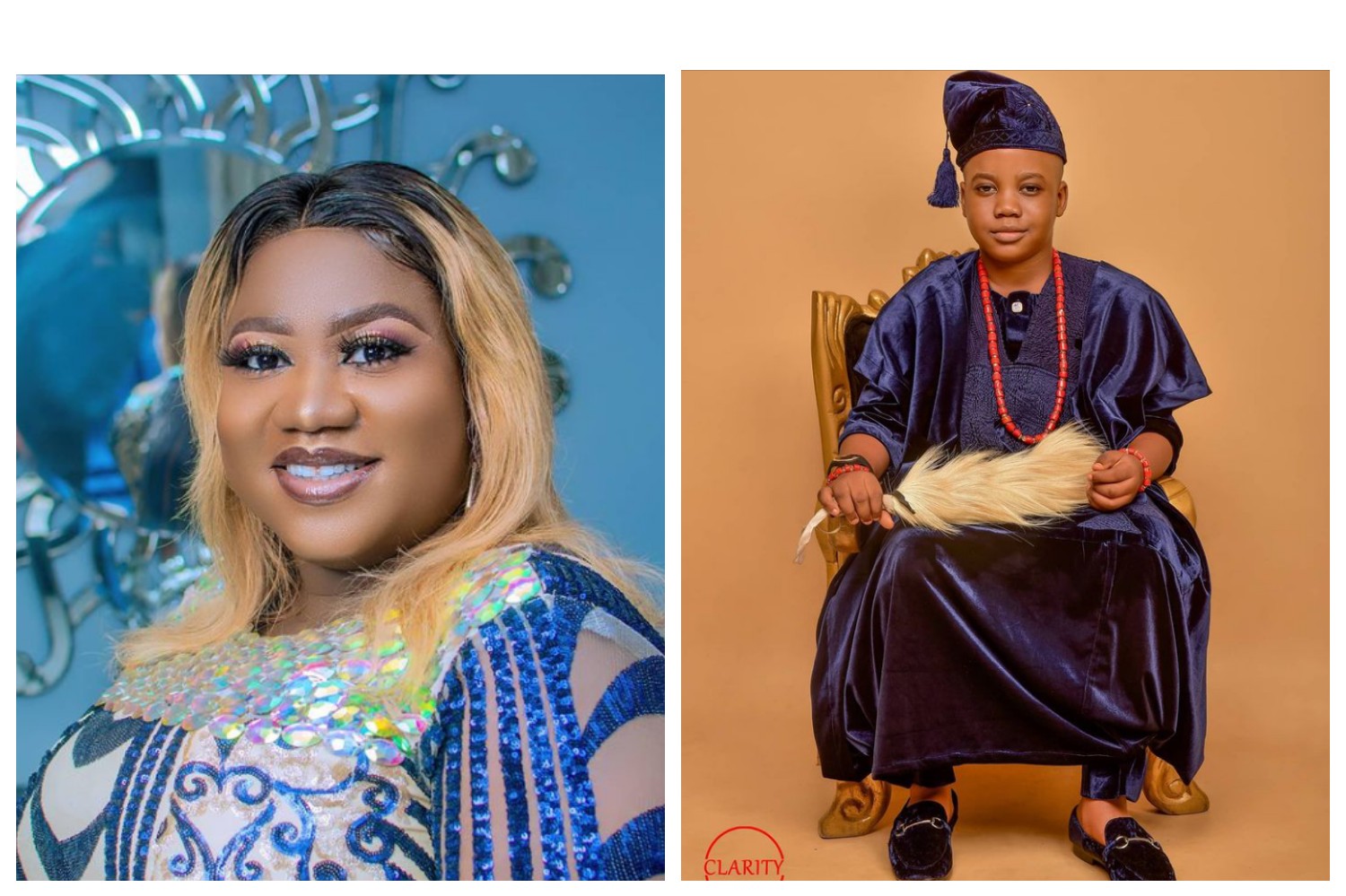 Bisola Badmus is a popular Nigerian actress, movie maker, MC and entrepreneur born on December 4. Badmus is well known for roles in movies such as “Senators Wife” and “Laye Lorun”.

She has starred in numerous movies such as Afopina, Laye Lorun, Senators Wife and so on.

She has also worked with top actors across the country whicch include the likes of Wunmi Toriola, Rotimi Salami, Olajumoke George, Kolawole Ajeyemi, Antar Laniyan, Damola Olatunji, Aina Gold and many others.

Aside acting, she is also an entrepreneur. She is the CEO of Busy Lenz media and Bismak Catering Services.

As she celebrates her son birthday today she shares photos on Instagram and wrote;