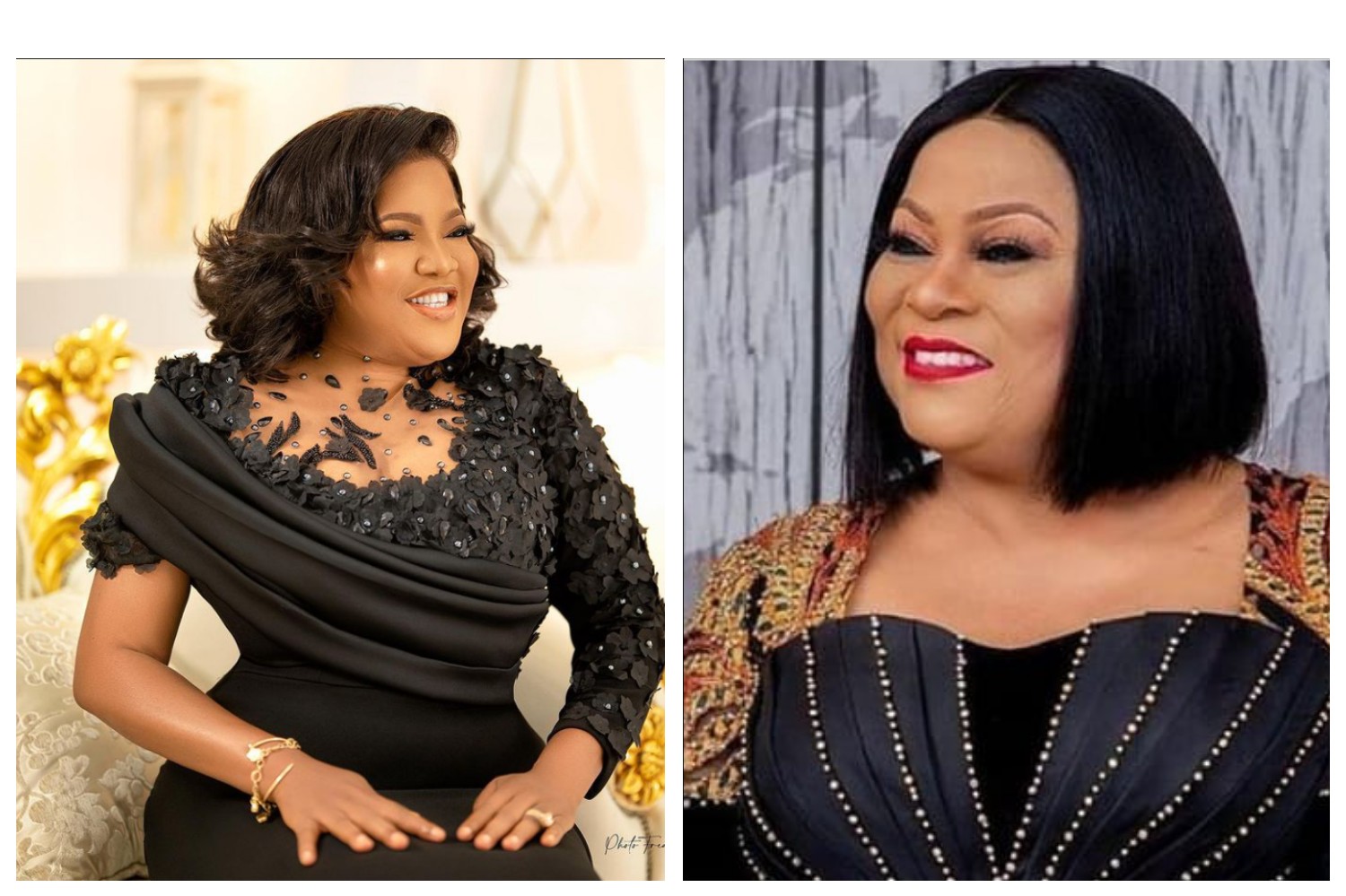 Reactions trailed as talented Nollywood actress, Toyin Abraham Ajeyemi shared lovely photo in beautiful dress with veteran actress, Sola Sobowale on her Instagram page with a caption, “They said we look alike, True or False. In your own opinion, are they really looking alike. Checkout some of the people’s comments below. Toyin Abraham Ajeyemi is a Nigerian Nollywood actress, film maker, movie producer, director, content creator, brand ambassador, brand influencer, and CEO of curvslimmingteaby toyin. Toyin Abraham hails from Edo State, but spent her early life in Ibadan, Oyo State, Nigeria. Toyin Abraham is a fantastic actress and one of the most sought after actresses in the movie industry due to her funny character and way of acting in Yoruba movies. Toyin Abraham started her acting career in year 2003, and since then, she has produced , directed, and featured in several Nigerian movies such as Alakada, Alakada Reloaded, Alani Baba Labake, Ebimi ni, Sola fepami, and many more. Toyin Abraham has won awards and nominations for the Best Supporting Actress in a Yoruba film titled “Ebimi ni” during Best of Nollywood Awards some years ago. Toyin Abraham is happily married to her handsome husband, Kolawole Ajeyemi, who is one of the talented actors in movie industry, and blessed with a son.