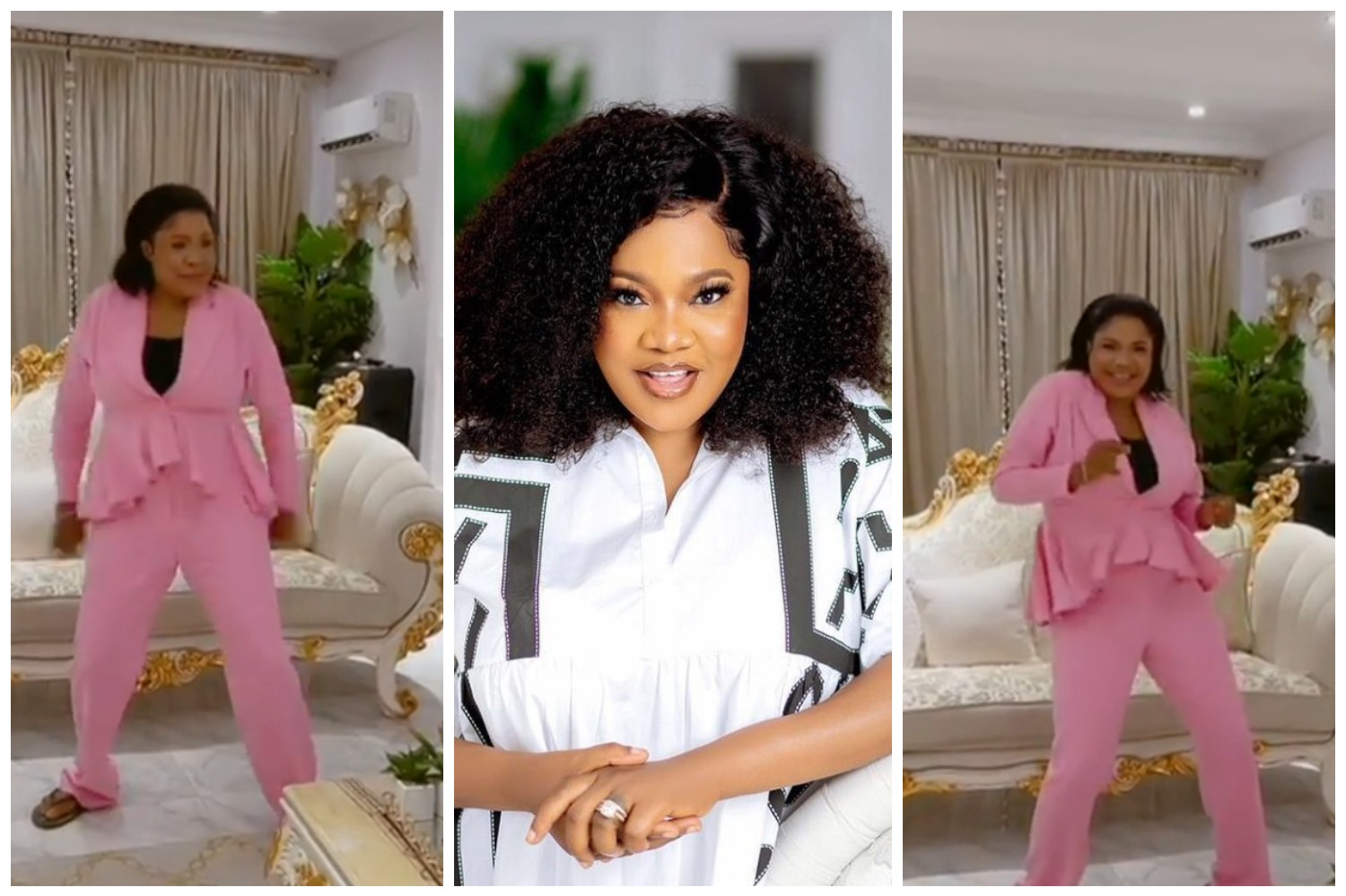 Toyin Abraham had taken to her Instagram page to appreciate Fuji singer Pasuma for his contribution to her movie ‘The Ghost and Tout’ sequel, which will hit the Cinema in a few months.

She shared a video of herself dancing to one of the popular songs of Pasuma showing off her different dance moves, which generated several reactions.

She captioned the video: Uncle Jibola @officialpasuma killed the carnival scene in The ghost and the tout too (sequel part 2) Trust me it’s a full carnival and o loud.

Reacting, some of her fans pointed out that her dance move is like that of Bobrisky. Also, some fans gushed at her dance steps.

official_apinke wrote: I love u keep serving us hot u are the best

official_apinke wrote: It’s the energetic for Titans where una dey