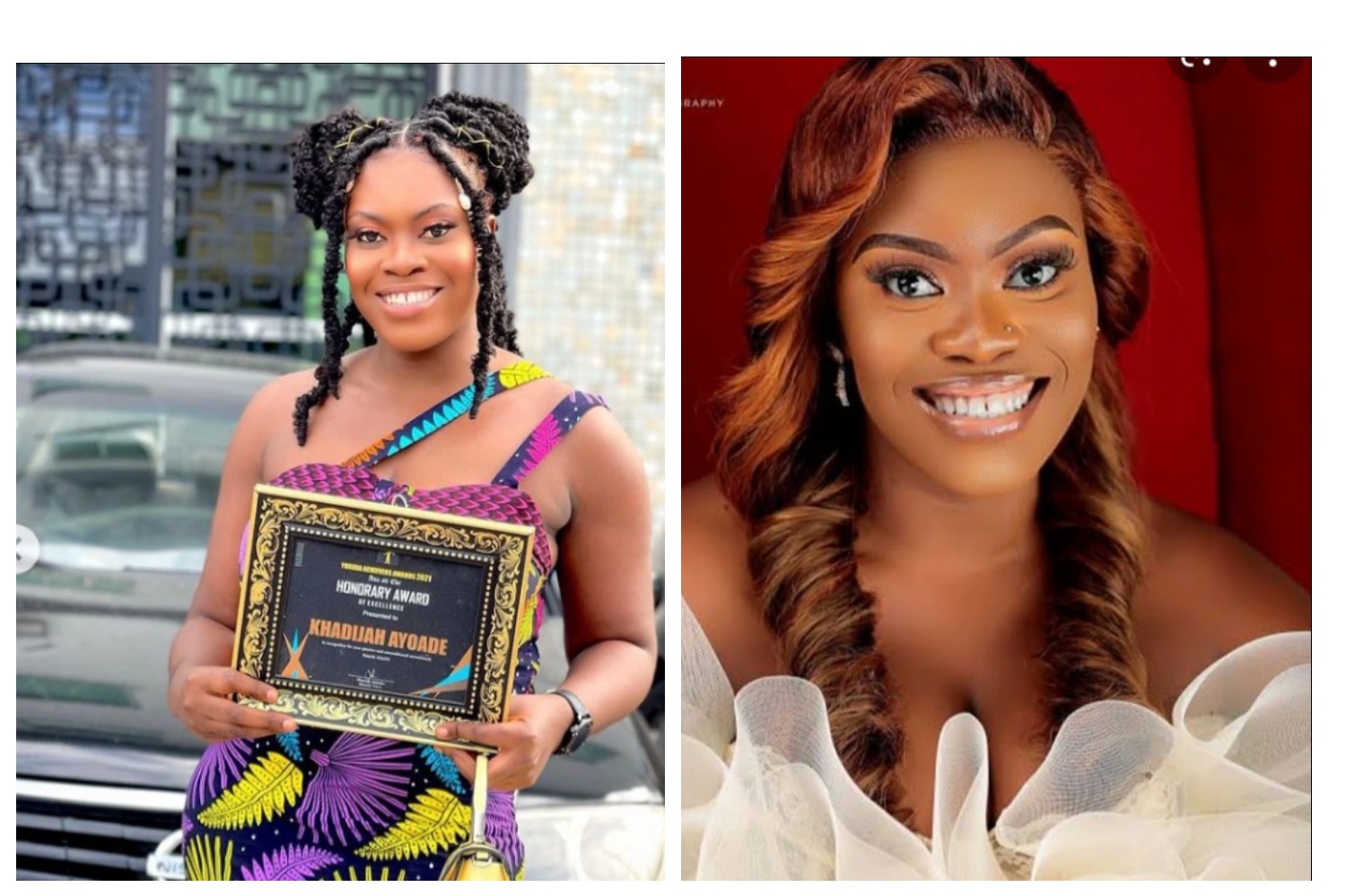 A popular Nollywood actress, Khadija Ayoade has just won the “Most Beautiful Yoruba Girl” award, at the Yoruba Achievers Award 2021.

The beautiful actress took to her social media page as she shared pictures of herself showing off the award, while thanking the organizers of the events, for the honourary award.

Many of her fans and colleagues also flooded her page to celebrate her, congratulating her on the achievement, which they described as “deserving”.

Khadijah Ayoade is one of the silent actresses in the industry. A very young and beautiful actress, and she has created a name for herself since she joined the industry in 2013, starring in lots of movies and working with many top actors. She is well known for movies like “Ookun, Ayewo, Iya Ibadan” among many others.

The award -winning is one of the less controversial actresses in the industry, which made many people love her.