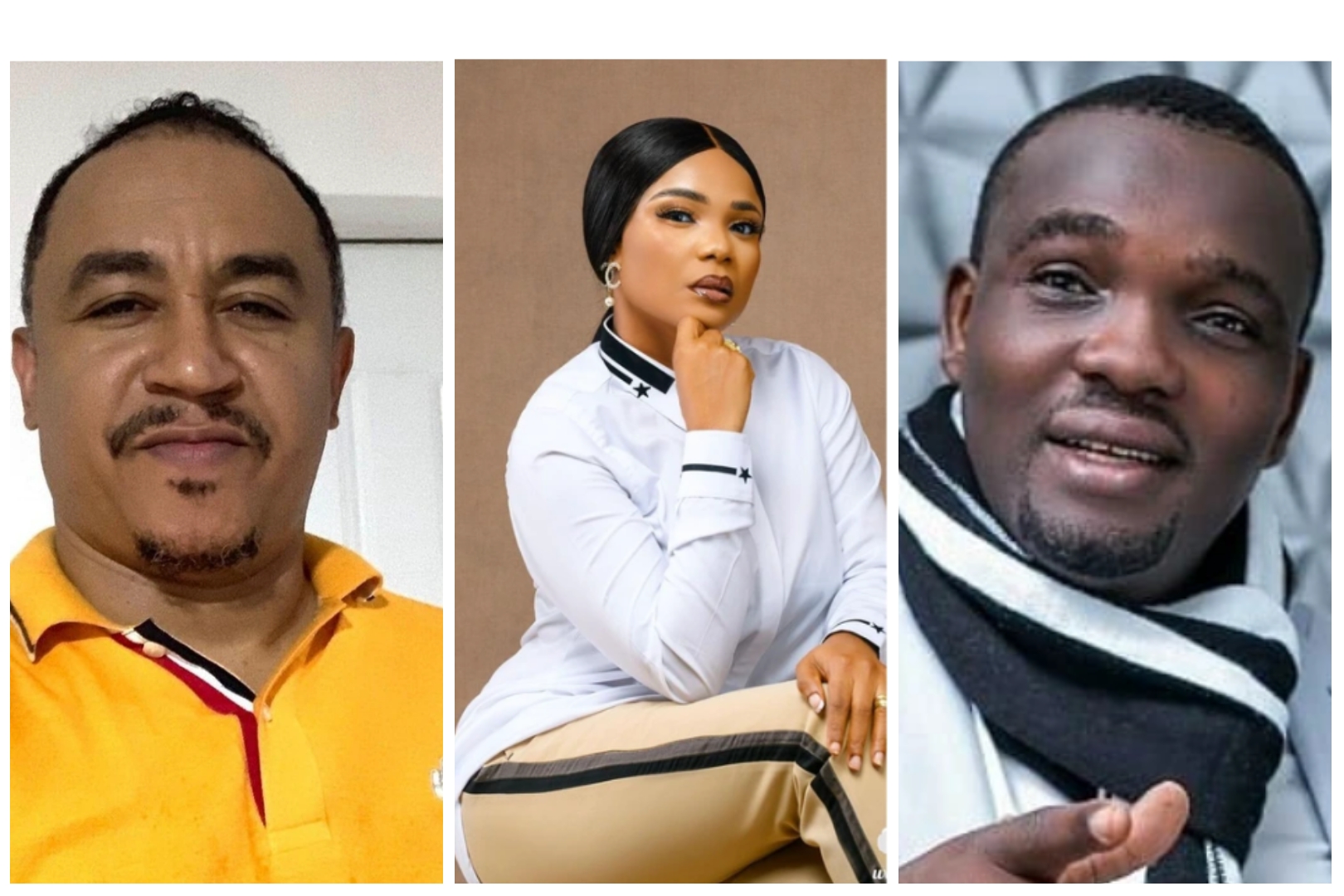 Popular radio broadcaster Daddy Freeze was a few hours ago, seen on live chat with a popular Nollywood actress, not too long after a fellow Nollywood actor Yomi Fabiyi made a film titled ‘Oko Iyabo’, meaning ‘Iyabo’s husband. Yomi Fabiyi, who came under fire from members of the public since posting the movie on his YouTube page, has also been asked to take the movie down with immediate effect.

The belief of many is that it has a direct connection with the Baba-Ijesha, much more as the case is still in court.

Going live on Instagram, Daddy Freeze who initially has refused to blame anyone during the agitations over the minor’s case, believes everyone is entitled to his opinion until being proven wrong by the court, however, said, he does disapprove of Yomi Fabiyi’s recent action of going as far as making a movie surrounding a sensitive case like that.

Screenshot (From the video)

One of the fans who called during the online show believes Yomi Fabiyi does not love Baba-Ijesha, for acting the movie while a sensitive case is still in court.

Another caller from London saw the whole scenario from different perspectives and didn’t see anything wrong in the film ‘Oko Iyabo’, which Yomi Fabiyi just produced, as she believed it is customary of Nollywood actors to act with the situations that go on around them.

Coming forward later with an online call was Iyabo-Ojo, who said she was upset with the way Yomi Fabiyi handled the whole matter.

The Nollywood actress didn’t deny that she did overreact at some point along the line with how poorly the minor’s alleged molestation case was initially handled, because she’s a mother. however.

Asked about the film just released by Yomi Fabiyi, Iyabo-Ojo said even though Yomi Fabiyi claims not to have been supporting Baba-Ijesha, the production of the film he just did was wrong.