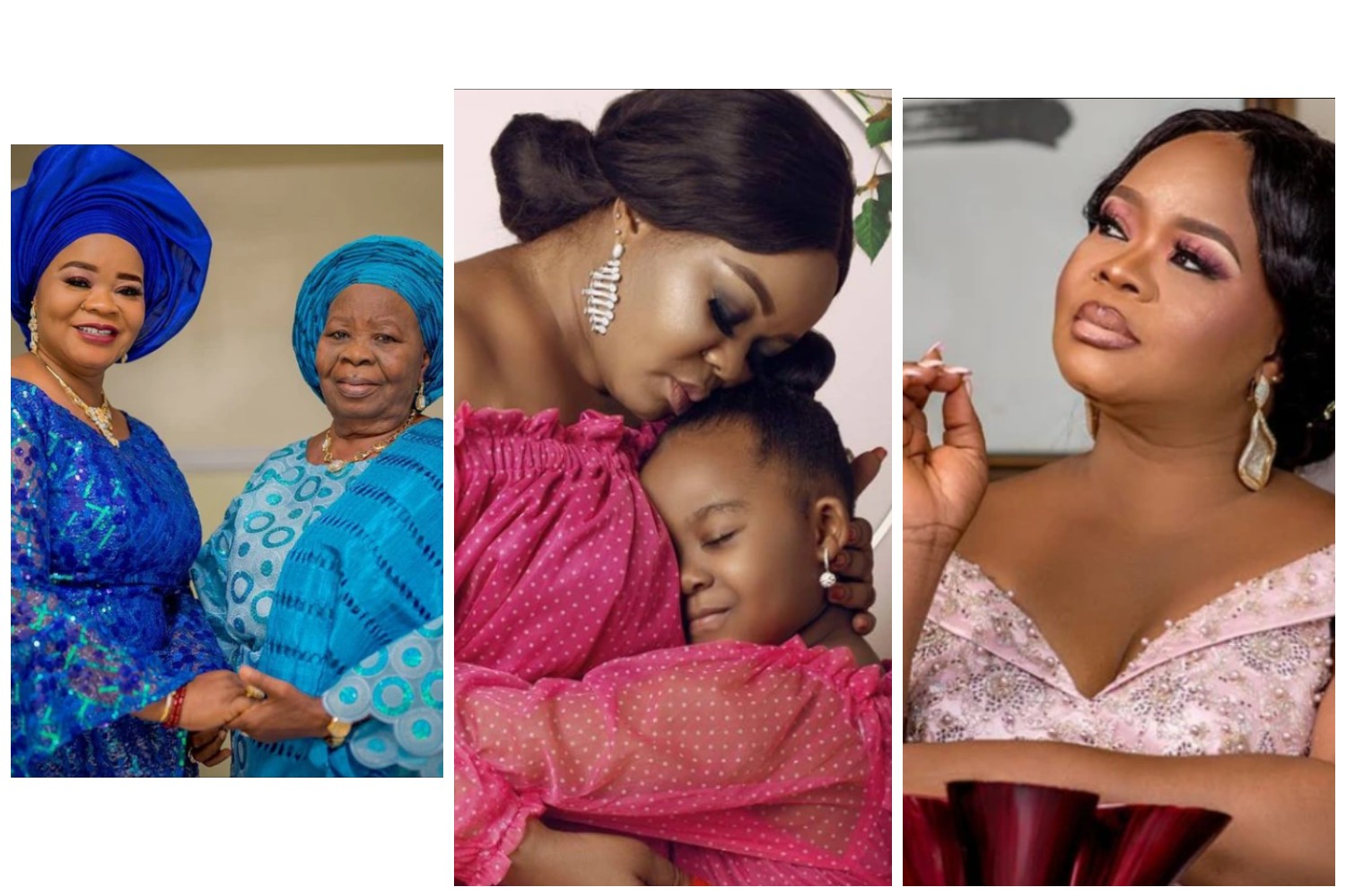 Bimbo Oshin is a Nigerian renowned Nollywood actress, scriptwriter, model, producer, businesswoman, content creator and movie director. She was born on the 24th of July, 1971 in Ondo State into the family of Pa Olasanmi Theophilus Oshin.

The multi-talented actress attended St Ann’s and Girls Academy for both her primary and secondary school education.

Having completed both her basic and secondary school education as well as obtaining her first leaving school and secondary school certificate respectively, she then went further to bagged a Bachelor of Arts (BA) degree in Philosophy from the University of Lagos (UNILAG).

Bimbo Oshin began her acting career in the year 1996 but rose to recognition after starring in movie titled Omo Elemosho.

Below are the lovely pictures of her mother and daughter.