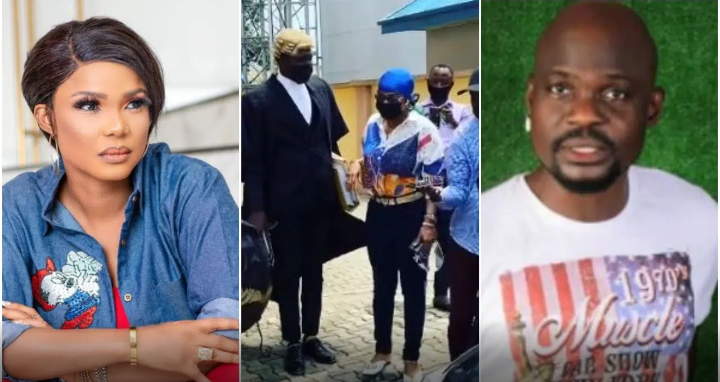 Iyabo Ojo was among those present in court as Princess narrates the alleged child molestation against the actor before Justice Oluwatoyin Taiwo.

A video shared by Goldmyne TV captured Iyabo Ojo speaking with some Lawyers within the court premises after the case was adjourned.

While leaving the court premises, some journalists approached the actress for an interview, but she snubbed them and walked out.

News recalls that Iyabo Ojo has been repeatedly dragged and criticized for supporting Princess to ensure that justice is served in the ongoing rape case.

Reacting to the video, some social media users applauded the actress for snubbing journalists try to interview her, saying that Iyabo Ojo is smart and intelligent.

jagabanyoutube wrote: I like the way she shun those journalists trying to interview her.. She is smart and intelligent

jagabanyoutube wrote: The best thing to do is to keep shunning them. She should not grant any interview to any journalists or any media houses.

desire.wears_accessories wrote: I too love this woman