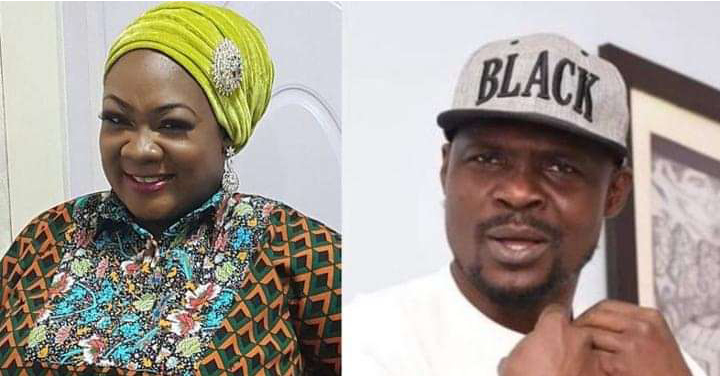 Actress Damilola Adekoya also known as Princess has reveals that her 4-Year-Old foster daughter was also hara ssed by her security guard and neighbour.

The defence team of Nollywood actor, Olanrewaju James, alias Baba Ijesha, on Tuesday alleged that the 14-year-old daughter of actress and comedienne, Damilola Adekoya alias Princess, was harassed by two other men.

The News Agency of Nigeria (NAN) reported that the lead defence counsel, Mr Babatunde Ogala (SAN), made the allegations on Tuesday during the trial of Baba Ijesha over six-counts of defilement at an Ikeja Special Offences Court.

When Princess was asked who Adekola was, she described him as her neighbour who she also regarded as a brother. She said that they also ran a haulage business together.

Responding to why Adekola was arrested by the police in April, Princess said: “He was arrested because I reported him to the police that in December 2020, he attempted to har ass my daughter.

“He did not mol. est her, he hara. ssed her by putting his hand on her laps and told her to put her hands on his ma. nh. oo. d, but she said no and she raised an alarm.

“I reported to the police when I found out. This happened in my house around 9.30 p.m. I was at a meeting at Sabo, Yaba and my sister was with them and I needed her attention at Sabo.

“I asked them to go to bed and when it was 9.30 p.m., I asked him (Adekola) to still check up on them to ensure that they are still out watching cartoons after their bedtime.

“She told me what happened on April 20 or 21 (after Baba Ijesha’s arrest). That was the only attempted hara
ssment that happened in my house.

“The other one happened when I sent her to his (Adekola’s) house, he attempted to grab her, she screamed and ran upstairs. This was around late December 2020, I also found about it at the police station,” she said.

On Okele, the security guard, Princess said that he did not molest her daughter but that he exposed himself indecently to the child.

She said that the security guard also had a drinking habit and that she had sacked him before the revelations that he had harassed her daughter came to light.