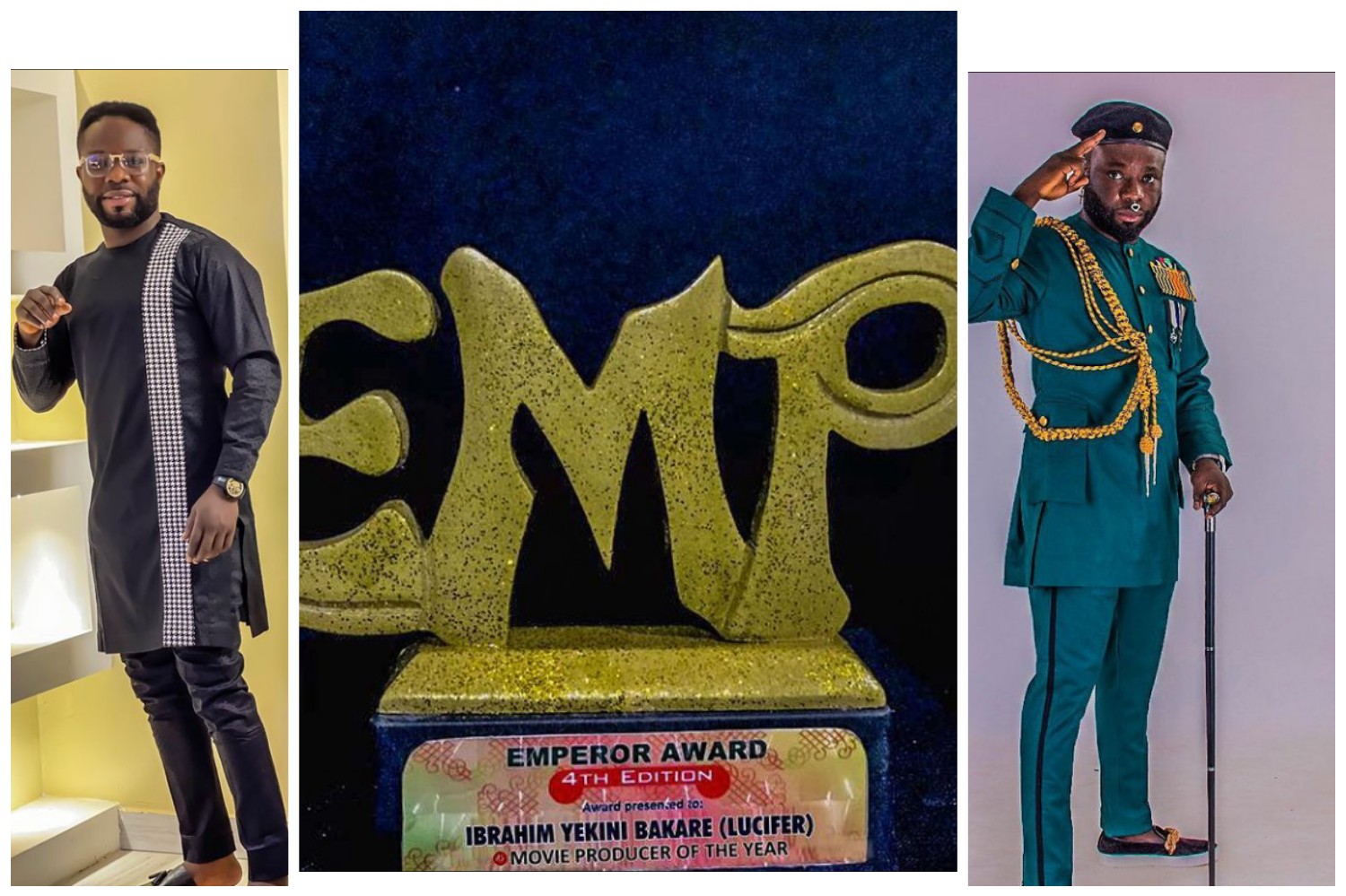 Ibrahim Yekini (Itele d’icon) hails from Lafenwa, Abeokuta, Ogun State. He was born on the 1st of January, 1980 in Kano State. He is an award-winning Nollywood actor, writer, and producer, and director, he features mostly in Yoruba movies.

Itele D’Icon started his acting career in Iju Ishaga, Lagos State when he enrolled for an apprenticeship with the Folorunsho Adejobi theatre group in 1998.

In 2000, Ibrahim Yekini featured in his first Nollywood movie titled: “Dapo Tori Ti E”, he featured as a criminal in the movie.

His first movie production was titled: “Itele”, got his nickname from the movie title.

His second production was “Ekun Meta” directed by Don Richard, he learned his directorial skill from him. The two have done a lot of productions together. This movie brought him to the limelight.

in 2019, he wrote, produced, and directed the Yoruba blockbuster “Return Of Kesari” alongside the renowned director Tope Adebayo.

As he won the award of BEST PRODUCER of the year…,he share photo on Instagram and wrote;

WE BROUGHT IT HOME AGAIN!!!
.
Congratulations to me as I Won BEST PRODUCER of the year…
.
BEST DIRECTOR of the year.
.
I dedicate these awards to my ever supportive and strong fan all over the world. I love you guys so much and I promise to keep making you all proud 💯
.
Keep believing in me to always give you the best.
.
I appreciate the organizers of @emperorawards I am honoured 🙏