Congratulatory Messages As Actress Bidemi Kosoko Finally Walks Down The Aisle With Her Fiance. 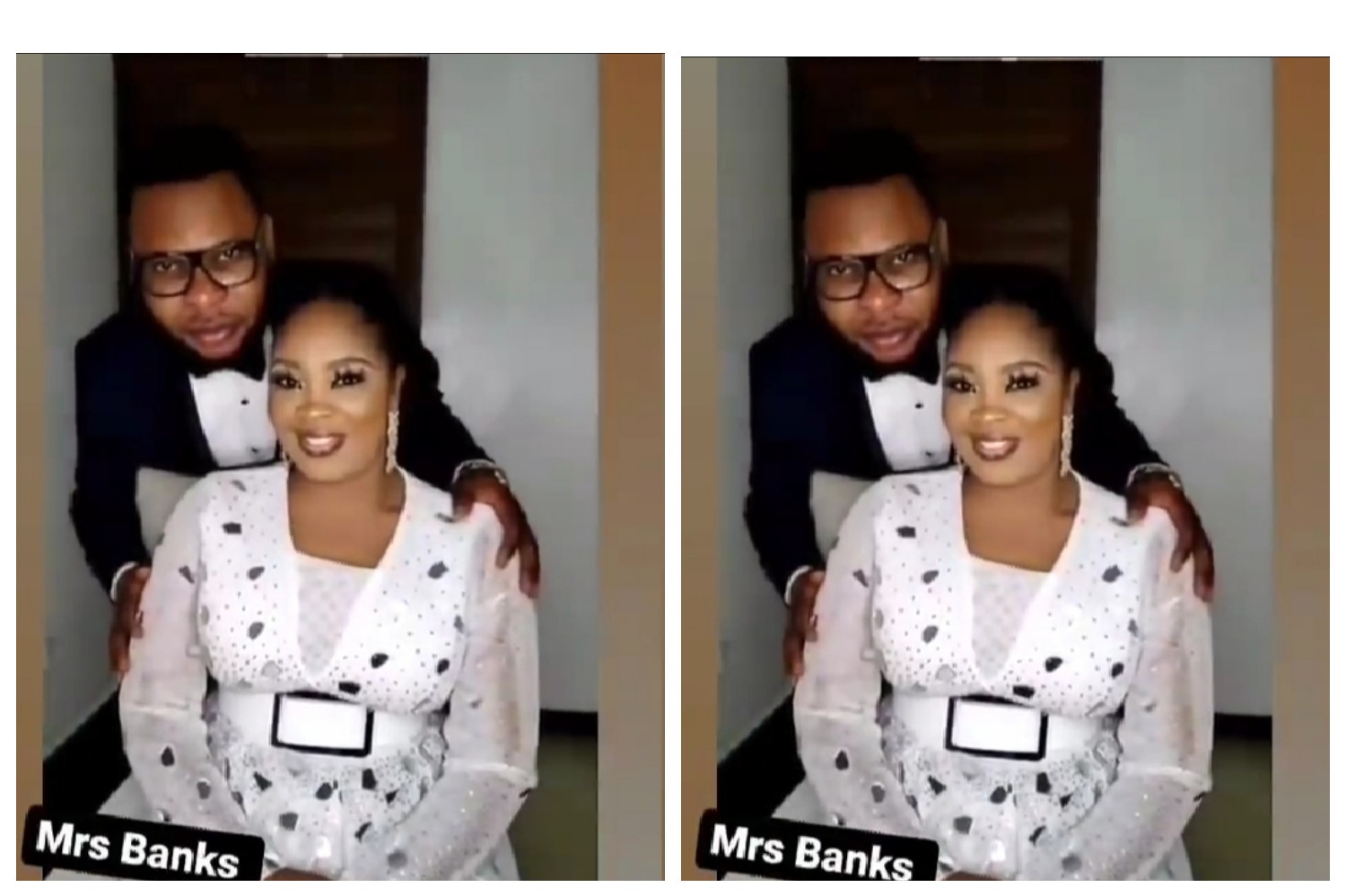 The talented Nigerian Yoruba actress Bidemi Kosoko has walked down the alter with her handsome Fiance, Daniel Bankole. This beautiful actress shares a video showing herself and her cute husband as she announced that they have become husband and wife.

After this sexy actress Bidemi Kosoko revealed that she is now Mrs Bankole, several of her colleagues and fans took to her comment section to congratulate her. Bidemi Kosoko is finally off the single market as she has tied the knot with her lover. Bidemi Kosoko is a fantastic Nigerian Yoruba actress who has carved a niche for

Bidemi Kosoko had her wedding introduction in December 2018, and today she has finally walked down the aisle with her heartbeat. Bidemi Kosoko and her husband, Daniel Bankole welcomed their first child, a baby boy on May 28th, 2019. Bidemi Kosoko was born on October 21st, 1988 to the family of Prince Jide Kosoko. This amazing actress is from Isale Eko in Lagos Island. Actress Bidemi Kosoko lost her biological mother in the year 1993. Bidemi Kosoko had her primary school education at Army Children’s school. She then proceeded to Jibowu high school for her secondary education. Bidemi Kosoko studied Theatre art at Lagos State University.

Bidemi Kosoko has been acting since her childhood. She has featured and produced several blockbuster Yoruba movies. The first movie she produced is titled Sikemi, but the movie that brought her into the limelight is Ohun Oko Somida. Bidemi Kosoko’s most challenging role was in the movie titled Kori Kosun. Bidemi Kosoko is no doubt a successful Yoruba actress. So congratulations to this delectable actress as she finally got married to the love of her life.

Below is congratulatory messages from Bidemi Kosoko’s colleagues and fans