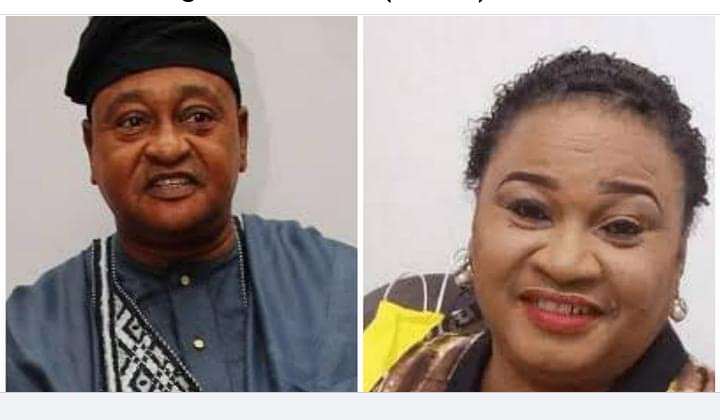 Actors Jide Kosoko, Kate Henshaw who represented the entire Nollywood at Rachel Oniga’s tribute, presented the cheque of the N4 million to one of her children at the event.

Presenting the donation, Jide Kosoko said, “On behalf of the Nollywood, all the guilds, the organisers of the great event and other contributors, we are here to formally present a cheque of N4 million for the support of the late actress, Rachel Oniga’s children.

recall that late actress died on 30th July, 2021 as result of a heart related disease, the family confirmed.

Also, the family of the later Actress had earlier announced August 26th and 27th, 2021 as the scheduled date for her burial.