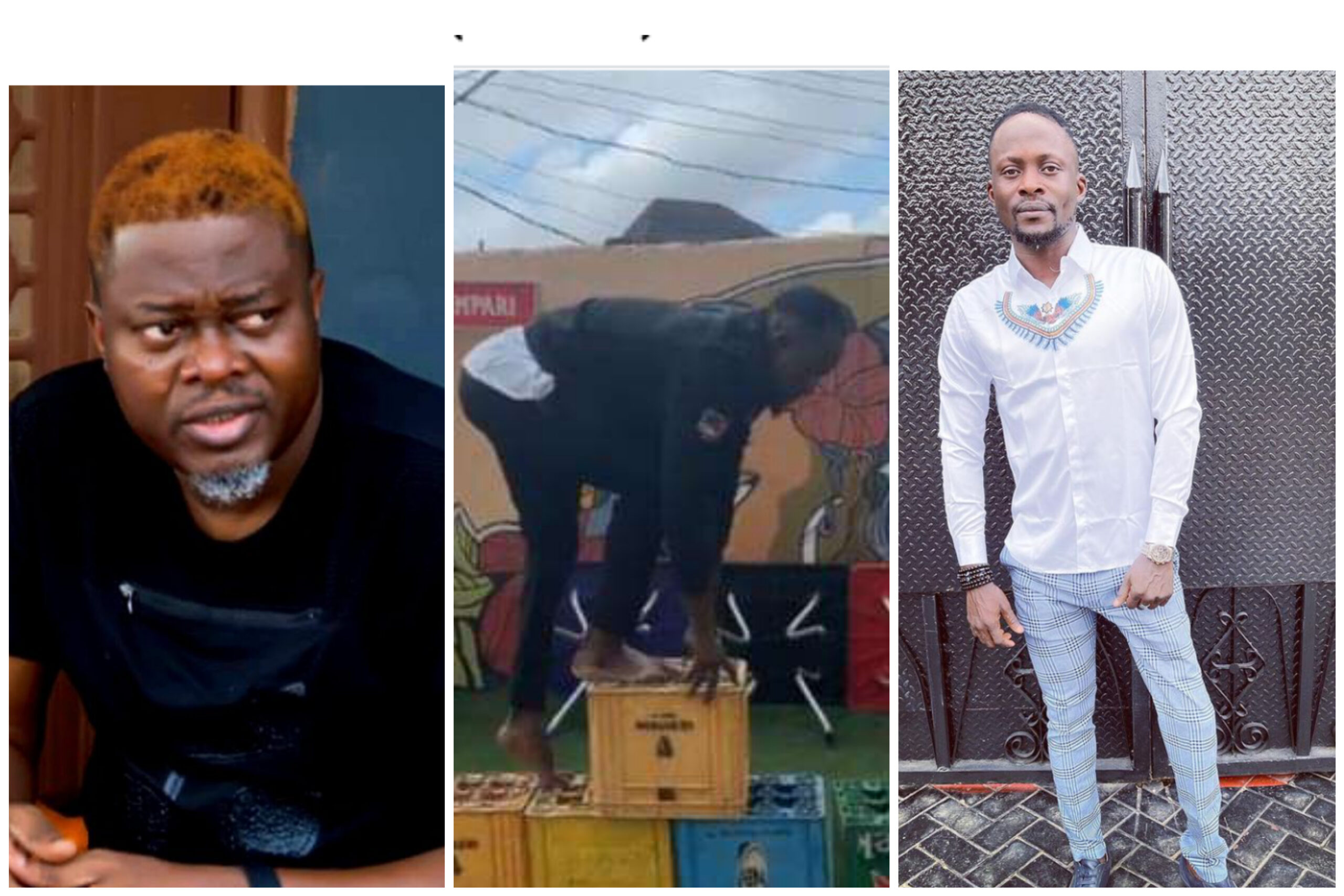 The crate challenge involves scaling a stack of crates that are at least five stories tall which requires a viral movement in which individuals attempt to ascend a crate staircase without collapsing.

Jigan Babaoja also jumped on the challenge creating fears in the hearts of his colleagues and fan. However, he did not make it to the end of the crate but quickly jumped down when he was about to collapse.

Captioning the video, the actress advised his fans not to allow disability to hinder their ability.

He wrote: create challenge if Wahala no kill me na me go kill wahala ! Don’t let your disability hinder your ability’

Reacting to this, Ademola Muyiwa, who had expressed fear for Jigan, said his blood pressure went high because of the actor.

See the conversation below:

Watch the video below!