“You Made My Childhood Worth” Actress Wumi Toriola Shower Praise On Veteran Actress, Sola Sobowale (Photos) 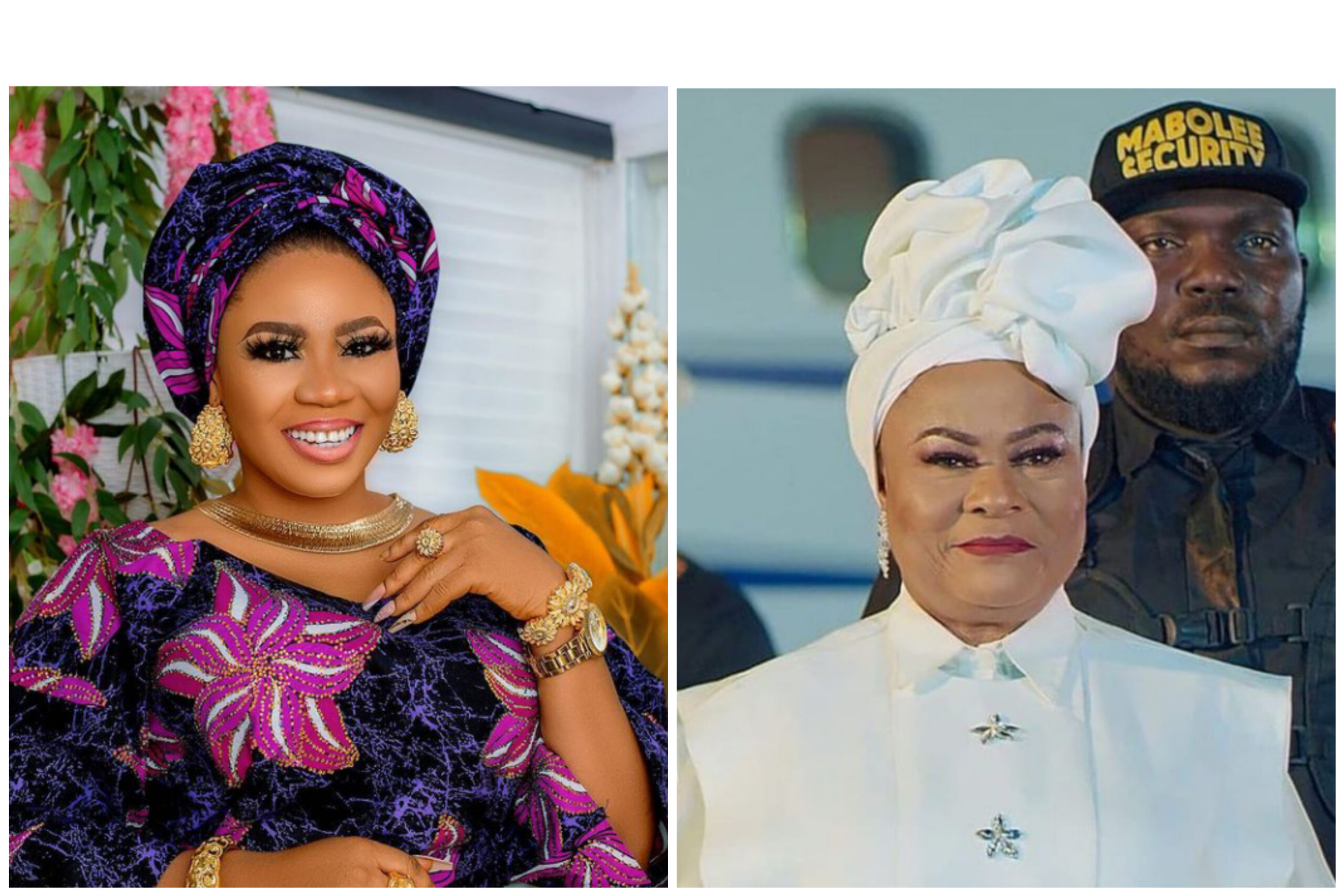 Wumi Toriola is an actress, producer, TV Host, and entrepreneur.

She studied Linguistics at the University of Ilorin and also had a diploma in Theatre Arts from Odunfa Caucus.

Her acting career began where she first featured in the movie “Isese Lgaba” as produced by Tawa Ajisefeni.

The curvy actress rose to fame after starring in the movie “Iwakiwa”.

She has also starred in more than 50 movies including Asewo by Sunny Alli, Ojo Idajo, Gongo Aso by Yinka Quadri, Anu Obi, Iya Mi, Eni Owo, Eto Obinrin and many others.

You made my childhood worth it and you didnt stop there,you are making adulthood more inspiring
“You are a true thespian”
You have always been an inspiration and a role model
The way you “kill” those roles “passionately”
Please allow me Famz her,
I am a fan
I learn from you
I am so optimistic
Thank you for making people like us “learn” from you ..
All hail the King