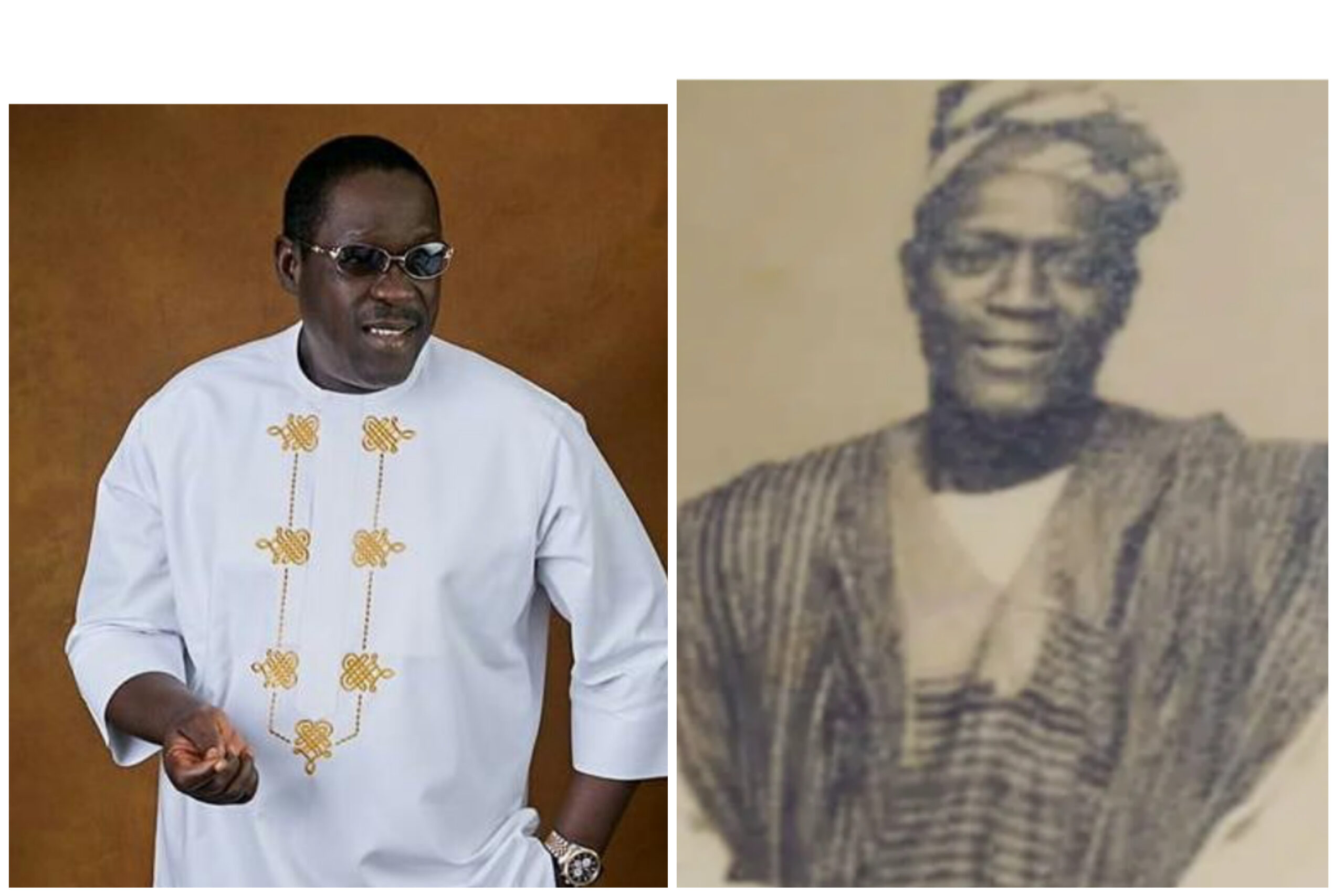 Nollywood veteran actor, Taiwo Hassan, popularly known as Ogogo Omo Kulodo, has taken to social media to pay respect to his dad after 51 years of his death.

In a look-alike photo of his dad, one might easily spot the striking resemblance at a glance.

The actor revealed his title ‘Omo Kulodo’ was passed to him by his late father, who once bore the name while he was alive, as he eulogised him in his native language.

Appreciating his dad for bringing him into the world to make an impact, he also prayed to God for him to have a peaceful rest and the softness of heaven.

Looking at the face you will surely see the resemblance.

Your son has grown up to become Ògògó ọmọ kulodo.

I appreciate you being my vessel into the world. May the heaven remain softened for you. Miss you dad keep resting in peace.