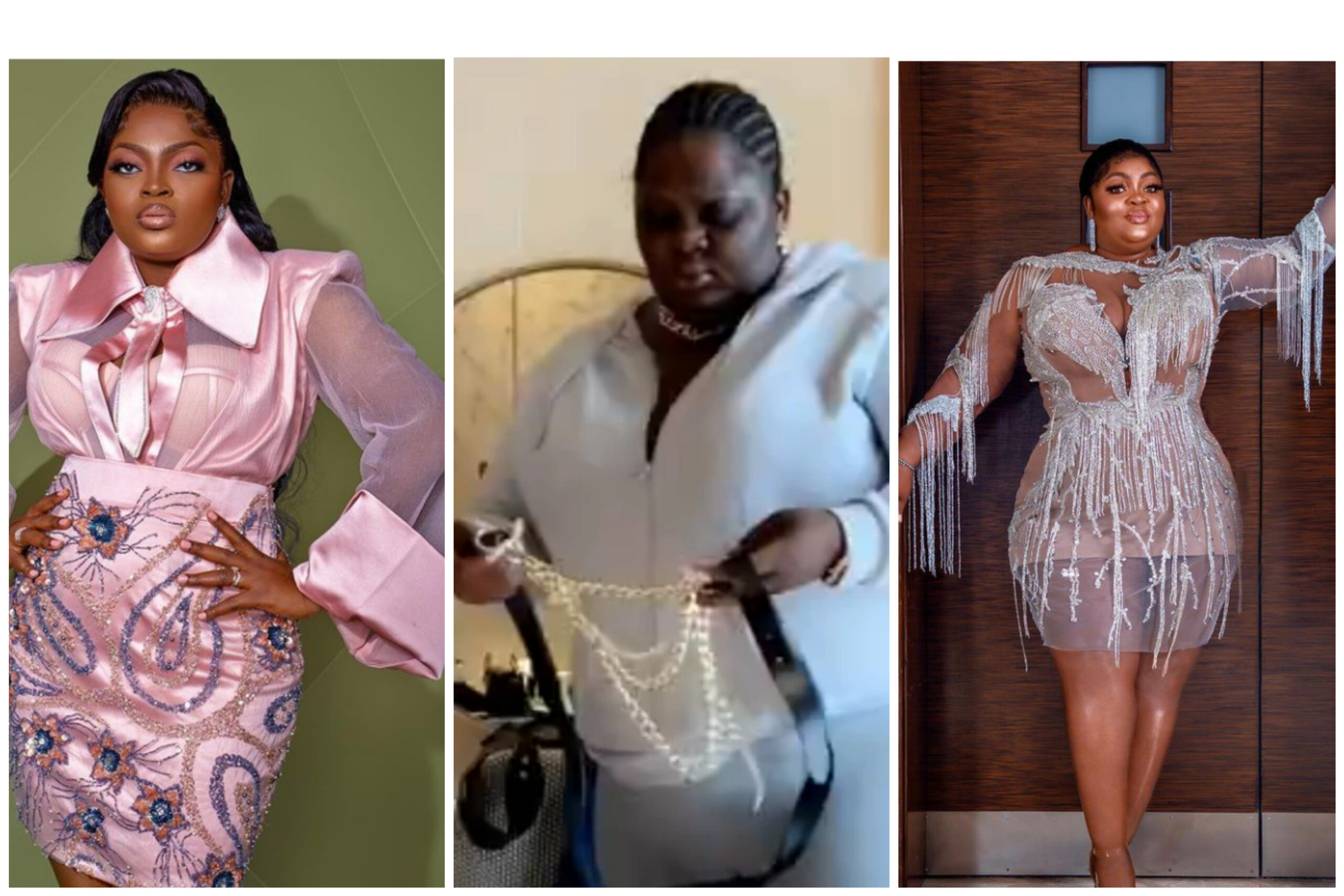 Eniola Badmus is also an actress who has featured in various movies and comedy skits.

Funke Akindele and Eniola have been best friends for years now and the bond have grown stronger that one could not but admire their friendship. They have grown so fond of each other that words also do not get to them.

On the 7th September, 2021, Funke took to her verified Instagram page to celebrate Eniola. However, from a video she posted, Funke is heard hilariously trolling the actress on her accessory.

Eniola is seen holding a multiple layer neck chain which Funke could not help but laugh at it and asked if it was a dog chain.

Fans took no time to admire the duo’s friendship as they wished the celebrant a happy birthday and showered them with love.