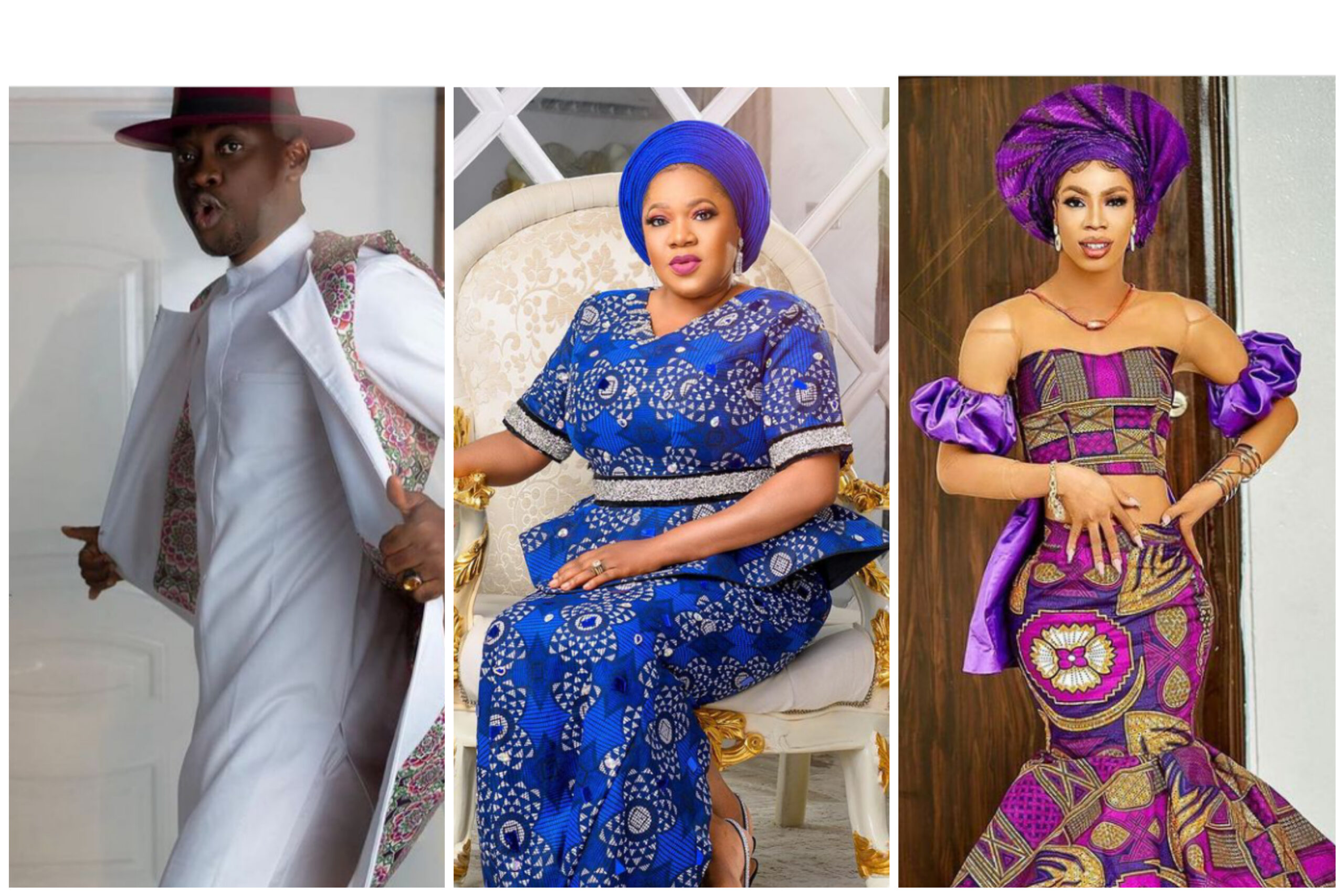 Fans of the Nollywood actress Toyin Abraham have made hilarious comments about the recognition given to popular crossdresser, James Brown who fall under the category of best-dressed male to ‘ The Ghost and the Tout too’ movie premiere despite putting on a female outfit.

Recalls the princess of Africa made a grand entrance with two beautiful maidens, who ushered him into the hall with flowers while he was dressed in a stylish detachable gown.

In a post shared, Toyin Abraham selected some of the best dressed in the male category and informed her fans to pick the best from the male invited guests’ pictures, including Adedimeji Lateef, Deyemi Okanlawon, Enioluwa Adeoluwa and others.

The most shocking moment that sparked hilarious reactions was that James Brown, who dressed in a female outfit, appeared under the category.

The Guys didn’t come to play ooo. Who we go help me choose bayi
.
My people, help me pick the best dressed Male to the premiere.
.
All you have to do is comment in who your best male is. The person name with the most comments wins.

@yemisikunlipe wrote: Is James brown a he or she? Let’s settle that one first 🤣🤣🤣🤣🤣