Foluke Daramola, Kolawole Ajeyemi and others Speak out on Odunlade Adekola Sex Scandal 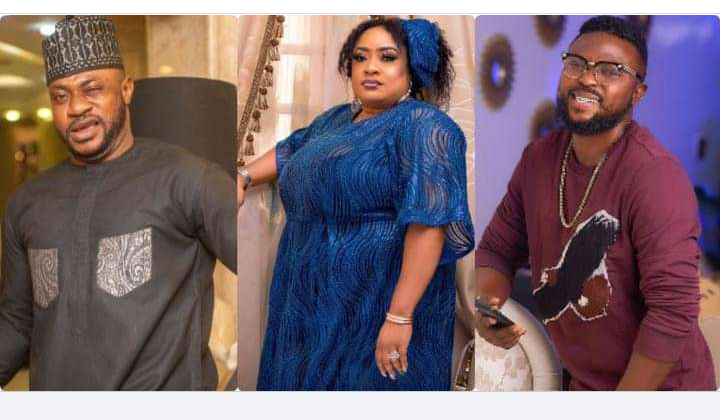 Following actor Odunlade Adekola’s video where he denied the sexual scandal allegations levelled against him, some of his colleagues including Oyin Elebu Ibon, Kolawole Ajeyemi, Foluke Daramola and Funsho Adeolu have spoken out.

Recalls that Odunlade Adekola was called out a few days ago for reportedly being involved in sex for a role scandal with one Nike and other upcoming female actors.

Also reports that Odunlade Adekola debunked the claims by making a video and urging all his female trainees to come out and testify if the claims were valid.

Rallying round to support Odunlade, his colleagues have stormed the comment section of his Instagram page where he posted the video.

Actress Yewande Adekoya wrote “May God continue to guide and protect your brand bro. You shall never fall. Amen. its the advertisement towards the end of the video for me. Creativity at its peak”

Oyin Elebu Ibon wrote ” if only people know how blunt and crazy you are. I mean with respect. And how you don’t mix production with pleasure.”

Adeolu Funsho wrote “Omo Adekola , No shaking , God has a hand in your stardom no doubt , so any weapon fashioned against you will not prosper.”

Kolawole Ajeyemi wrote “You will not be shamed by his power”

Jumola Odetola wrote ” Who God has blessed, no man can curse! Don’t stress sir. You are a shining star that can’t go dim. What about me that you have featured as a lead cast in many of your movies.”

Odunlade Adekola, without a doubt, is one of the faces of the Nigerian movie industry, Nollywood.

He is married to Ruth Adekola and blessed with four children, boys