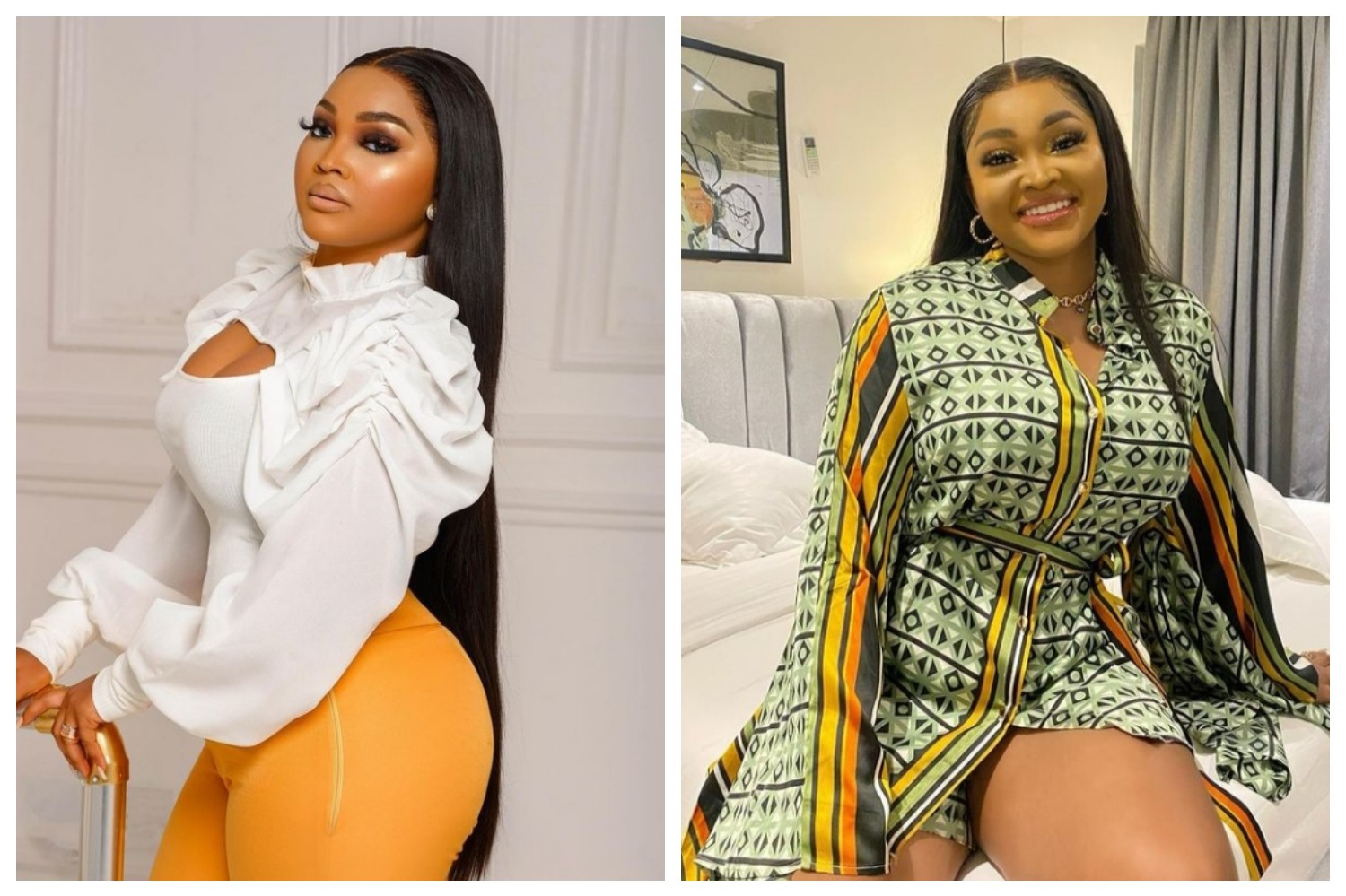 Nollywood actress Mercy Aigbe has hinted at undergoing liposuction (a type of fat-removal procedure used in plastic surgery) before she clocks ‘age 50’.

The 43-year-old actress made this known in a post shared on her Instagram page and after she summoned the courage to pierced her ears.

The video shared on her page captured the actress screaming while undergoing the process of piercing a hole in her ears.

Irrespective of the pain, Mercy Aigbe said she would probably consider liposuction before her 50th birthday.

Finally, I summoned courage, to get another hole! I pierced my ear guys! I did it. Maybe I can summon the courage to get a lipo before I am 50.

It was recalls that Mercy Aigbe gushed over a portrait of her made by a 15-year-old boy identified as Akinola Daniel.

In a video shared on Instagram, the little boy revealed he had gone to market to purchase a paper and started sketching the portrait of Mercy Aigbe.

According to Akinola Daniel, it took him over 11 hours to finish the portrait of the actress as he didn’t take a break while drawing.

Reacting to this, Mercy Aigbe, who seemed impressed with the beautiful work and talent, said she looks forward to taking her delivery.