The Afolayans – The story of how Kunle, Aremu, Gabriel, Moji and Lola were able to continue the acting Legacy of their father and brother, Adeyemi “Adelove” Afolayan 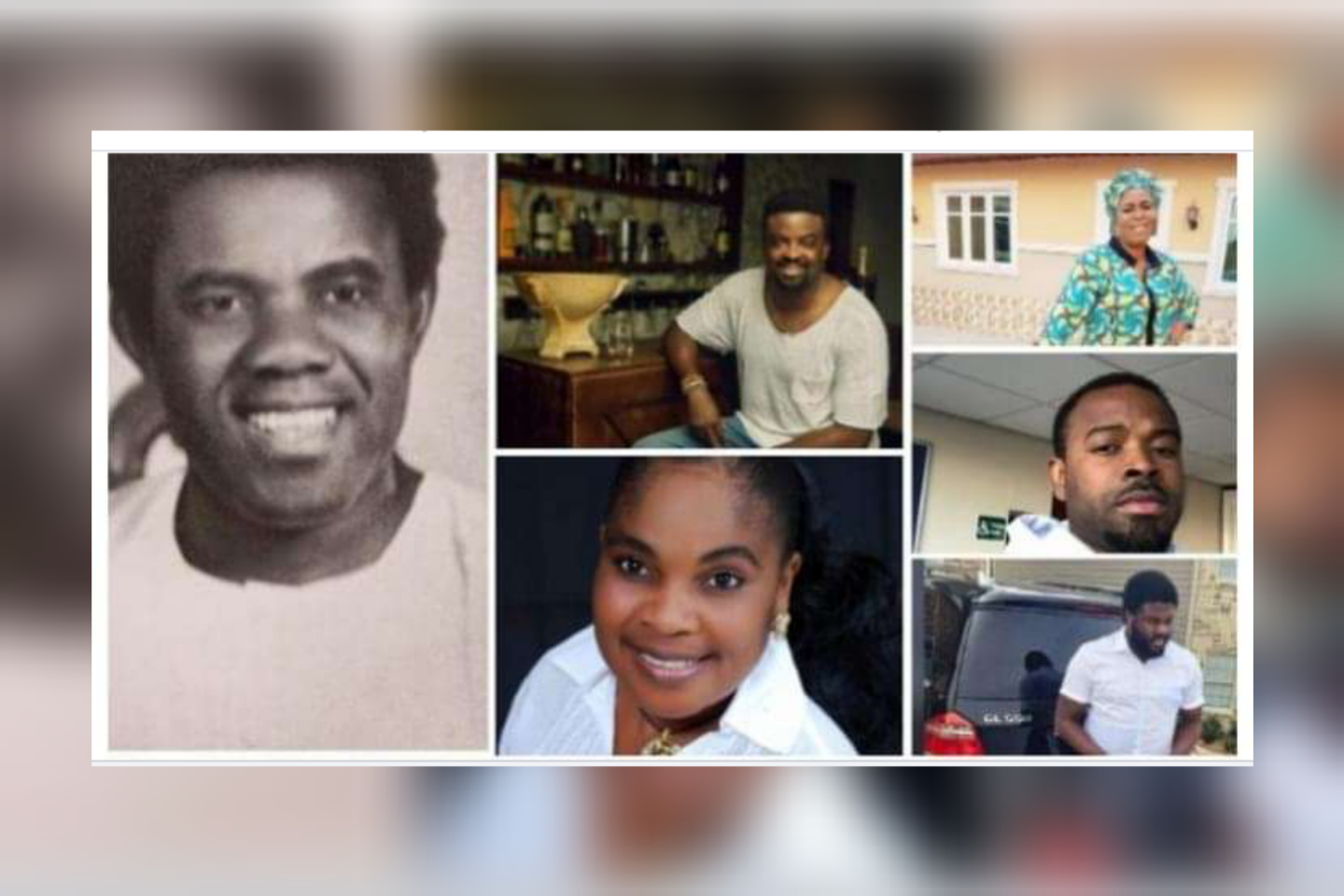 Before the death of the Patriarch in 1996 as a result of complications of stroke, the Adelove family have been acting and till date they have kept his memories alive in the heart of his fans especially the older ones of his generation through the years.
This has brought it to light the Yoruba saying that ” Ti ina ba ku, afi eru boju, ti ogede, ba ku, afi Omo e ropo’ meaning, ” when a fire dies it covers itself with it ashes and when a banana tree dies, it sprout forth another one.”

They have been representing the name of, Adeyemi ‘Adelove’ Afolayan in various ways in Nollywood.

Meet the children and sister of Adelove

Kunle is a former banker, who came to limelight after he featured in, Tunde Kelani’s 1999, successful political satirical movie, Saworoide as Arasejabata.
He played the son of murdered, Adebomi and his wife. Adebomi, is the next in line to the Jogbo throne. But, the king orders his death after he committed an abomination, but his son, wasn’t murdered with his parent. He escaped with Ayangalu and series of events eventually led to him being crowned the king of Jogbo. The movie feature star actors like, Kola Oyewo, Bukky Write, Lere Paimo and others.

Kunle Afolayan went on to be known as Nollywood big budget movie producer. Having credits to movies like, ‘ Figurine, Mokalik, Phone Swap, Irapada and October 1st.
He’s also a movie director and he directs most of his works. He is currently reported to be estranged from his wife, Tolu.
Kunle Afolayan was born in 1974.

Moji is the daughter of Adeyemi ‘Adelove’ Afolayan, who started acting quiet early. Moji, who studied to become a teacher never practice teaching as she was only interested in acting. Moji, who was born in 1969, as featured in many Nollywood production but came into limelight in the movie ‘Arinjo’ in which she feature alongside, Dele Odule.

Aremu was born in 1975. Aremu though, an actor is also known as one of the best movie director. His breakthrough in Nollywood was in 2009 in the movie ‘Idamu Akoto’. He’s married to Kafilat Quadri and they have a daughter together.

Apart from Kunle Afolayan, Gabriel Afolayan is another well known of the Adeyemi ‘Adelove’ Afolayan children. Gabriel, who was born in 1985, started his acting career very young in Nollywood. He first appeared in F’opawon, a movie by Moses Olaiya, better know as Babasala. But his major breakthrough, was in the popular movie ‘Madam Dearest’ by director, Tade Ogidan. successful movie ‘Madam Dearest’ as the lost son, actor, Yemi Solade and actress, Opeyemi Aiyeola.
He has also acted in movies such as, HoodRush, 7 Inch Curve, Ojuju, Ija Okan, Okafor’s Law and many others.

Gabriel, who’s also a musician just like his late father, graduated in the Theatre Act Department of University of Ibadan.
Gabriel Afolayan recently got married.

Lola is the younger sister of late Adeyemi ‘Adelove’ Afolayan. The 60 year old, Lola Afolayan came into prominence in the 1995, popular movie ‘Lola Idije.’
Since then, she has continue to feature in many Nollywood Yoruba movies such as Iyawo Oko Elenini, Alatakun and Alagbato.

Lola Idije, who lost her husband when she was still young, is one of the most respected Nollywood actresses.

“I have made mistakes with my female fans” – Nollywood Actor,Bolanle Ninalowo

I Sold My Two Car When The Sickness Started, I Need Assistance From My Fans – Iyabo Oko(Video)