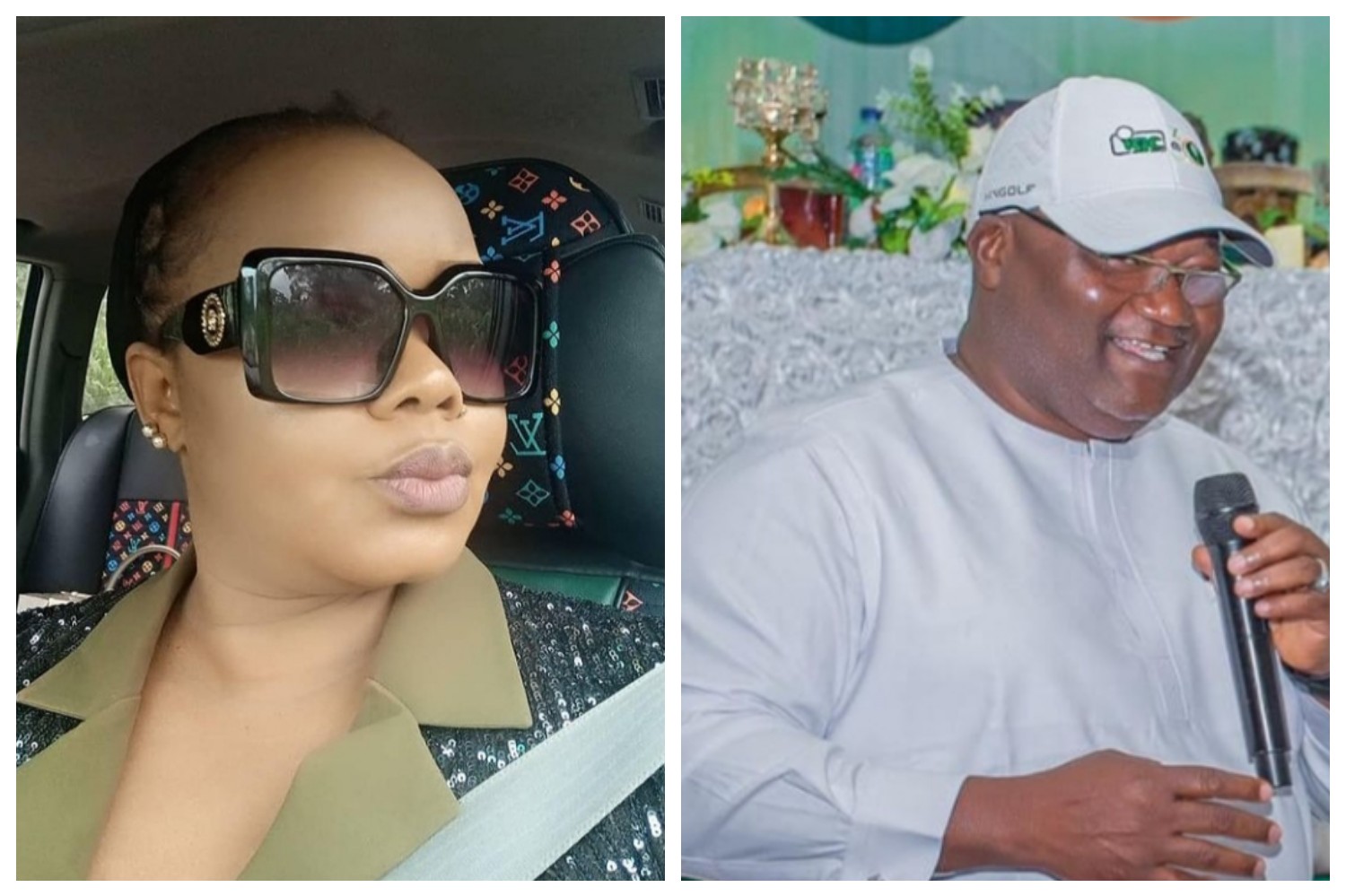 Prior to news of the death of Popular music promoter Ola Ibironke who was also known as Dudu Heritage, he was married to actress Bimbo Oshin.

He was still with few friends at Radisson blue Ikeja a few days before his untimely death. He was also the captain of the golf club Ibadan and they were planning to host a special event for all the past captains which was supposed to take place before his death. According to the past Captain of golf club Ibadan they just played together and he was very fit on that fateful day and he was about entering his car when they called on him that the captain Ola Ibironke just slumped and they quickly made effort to rush him to the hospital but died before they got to the hospital.

Star Actress Bimbo Oshin got married to him in 2015 after few years of courtship and their marriage was blessed with 2 Adorable Children Segun a boy and Iyanuoluwa Ibironke, a girl who shares a striking resemblance with the actress. Bimbo Oshin is highly respected and love in the industry and she maintains a very cordial relationship with many in the industry. She also keeps her relationship and marriage off social media but in one of the few interviews she has granted, she revealed their love story.

HOW DID YOU FALL IN LOVE WITH OLA IBIRONKE? TELL US YOUR LOVE STORY. WHAT WAS THE ATTRACTION?

He is very intelligent. I love intelligent people. The first time we met, he threw me off my feet. We started from there.

He is a perfect gentleman. You know what I mean.

WHAT DOES IT TAKE TO TAKE TO SWEEP A BEAUTIFUL LADY LIKE BIMBO OFF HER FEET?

WAS IT A LET’S SEE HOW IT GOES THING OR YOU INSTANTLY DECIDED TO MARRY HIM? HOW DID IT HAPPEN?

Yes, we dated for a while, saw the qualities in each other and we decided to get married. We dated for 3 years. I have known him since 2001. We met at Golden Gate on the stairs. I was coming down and he was going up. He stopped to greet. Hi, what’s up? And we took it from there.

In another interview, she granted city people some months ago. She revealed the secret of her successful marriage to Ola Ibironke.

“I give almighty God all the Glory. It is not by my might when you marry your friend that is what you get. One thing about me is that I balance everything, I know when to go to work when to have time for my family so I balance everything in my life perfectly. when to take care of my family so no aspect is lacking behind. I try as much as possible to balance it. I give God all the Glory.

Marriage is like a black market it is only God that helps. Like I said earlier it is not by my might but by His grace that has kept me going. No one goes into marriage with plans of breaking up later. There are things involve during your going into marriage. As a celebrity, you need to bury that stardom if you want the marriage to work because no man will want to marry a woman that won’t attend to him. No man will want a woman that will not obey him or be submissive. Fine we are not slaves but as a woman, you have to do what your husband wants. And when you need something from your husband there are ways to go about it and achieve your aim. There are ways to approach him, for me if I need something from my husband or want my husband to do something then there is a way I go about it. I beg when it’s needed to get what I want, at least he is my husband. I don’t do things against his wish because he is the head of the family.

I get my husband approval over anything I do, if he says no then I relax she said