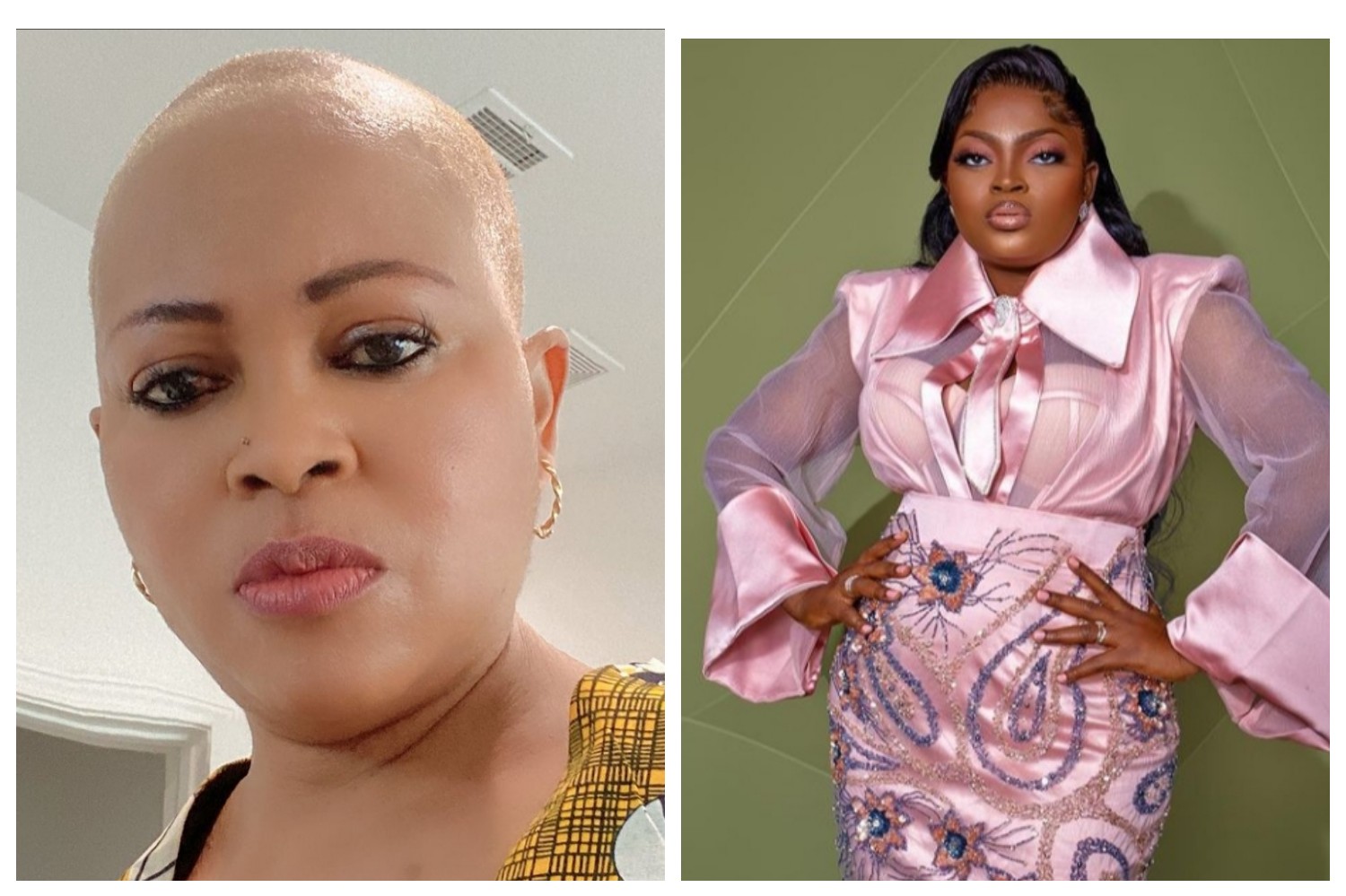 Actress Bukky Wright who is now based abroad has supported Funke Akindele by sharing her clips from her movie, Omo Ghetto the saga on her Instagram page; an act that is well appreciated by the latter.

Recalls that earlier this month Toyin Abraham and Funke Akindele had tongues wagging when they both chose same date, September 10, 2021 to release their movies; ‘Ghost and the tout too’ in the cinemas and ‘Omo Ghetto the saga’ on Netflix. Actress Iyabo Ojo further fueled the rivalry by calling out Funke Akindele days after the movies were released, for paying a popular movie citric to ruin Toyin Abraham’s movie.

After Bully Wright publicly declaried her support for Funke Akindele by sharing a musical scene from Omo Ghetto The Saga on her Instagram page on September 17th, 2021, Funke Akindele acknowledged the post saying “Thanks a lot ma” and Bukky Wright responded saying “Anytime darling”

This is coming after Bukky Wright revealed in a recent interview that she only loves genuine people.

“Oh! I love genuine people. I hate when people are faking it.” she told Owambe vibes.

On plans to remarry, Bukky Wright said “Yes, but there’s no lucky man yet.”

On how she manages bad press, she said “I can say that I’m not a proud person but a proud mother of two young men that God has given me (laughs). But, because I’m an introvert that minds her business, stay on my lane and don’t take shit from no one, people would call it pride. As Bukky Wright, I’ve grown a thick skin over the years. I do not cry over spilled milk.”

Meanwhile, a check through Bukky Wright’s Instagram page however showed that she did not up any post to support Toyin Abraham’s Ghost and the tout too.