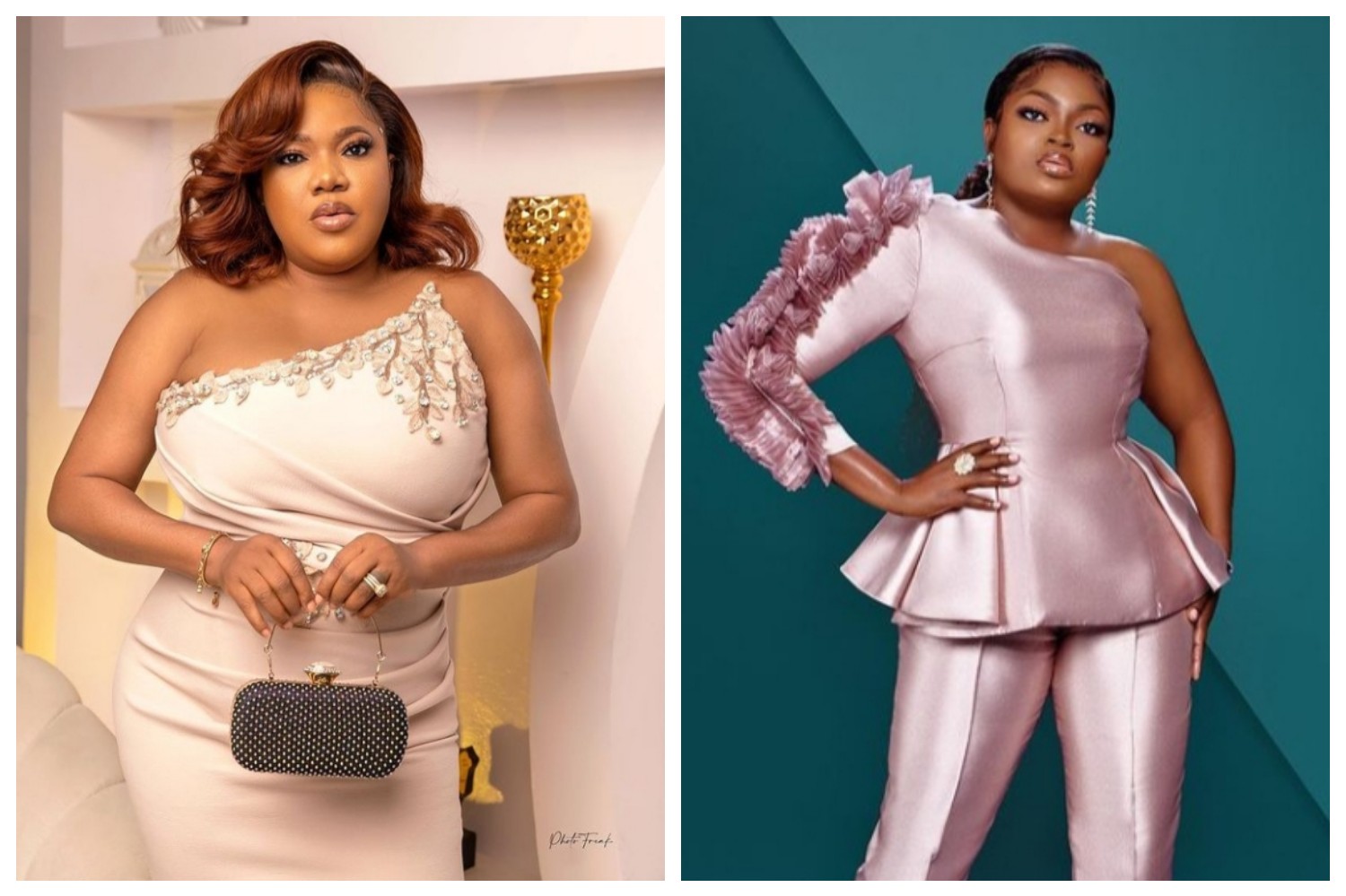 Toyin Abraham has reacted to the alleged beef between her and Funke Akindele.

Recall that just weeks back, a movie reviewer had left a negative review about Toyin’s new movie, The Ghost And The Tout Too.

Reacting to the review, Iyabo Ojo, who starred in the movie, accused Funke of paying the reviewer to write the negative review. Iyabo added that Funke is always finding ways to discredit her colleagues (read here).

This led people to believe there’s beef between Toyin Abraham and Funke Akindele.

But Toyin quashed the rumours during an interview.

Toyin said Funke Akindele is one of the few people in the Nigerian movie industry that she looks up to and respects. She added that she kneels down to greet her whenever they meet in public.

Toyin Abraham said: “She is my senior colleague and she is someone I respect a lot; so, I do not know what people are talking about, trust me. She is one of the few people I look up to. Sometimes, people do not understand that we are colleagues and not family. So, you cannot be talking to all your colleagues. We talk, we follow each other.

If I see her, I will kneel down and say, ‘Aunty Funke se wa okay?’. A lot of people do not understand that we are working in the same space; we do not have to be close friends. When we see ourselves we greet each other. Forget social media, trust me.”

Watch the video below.