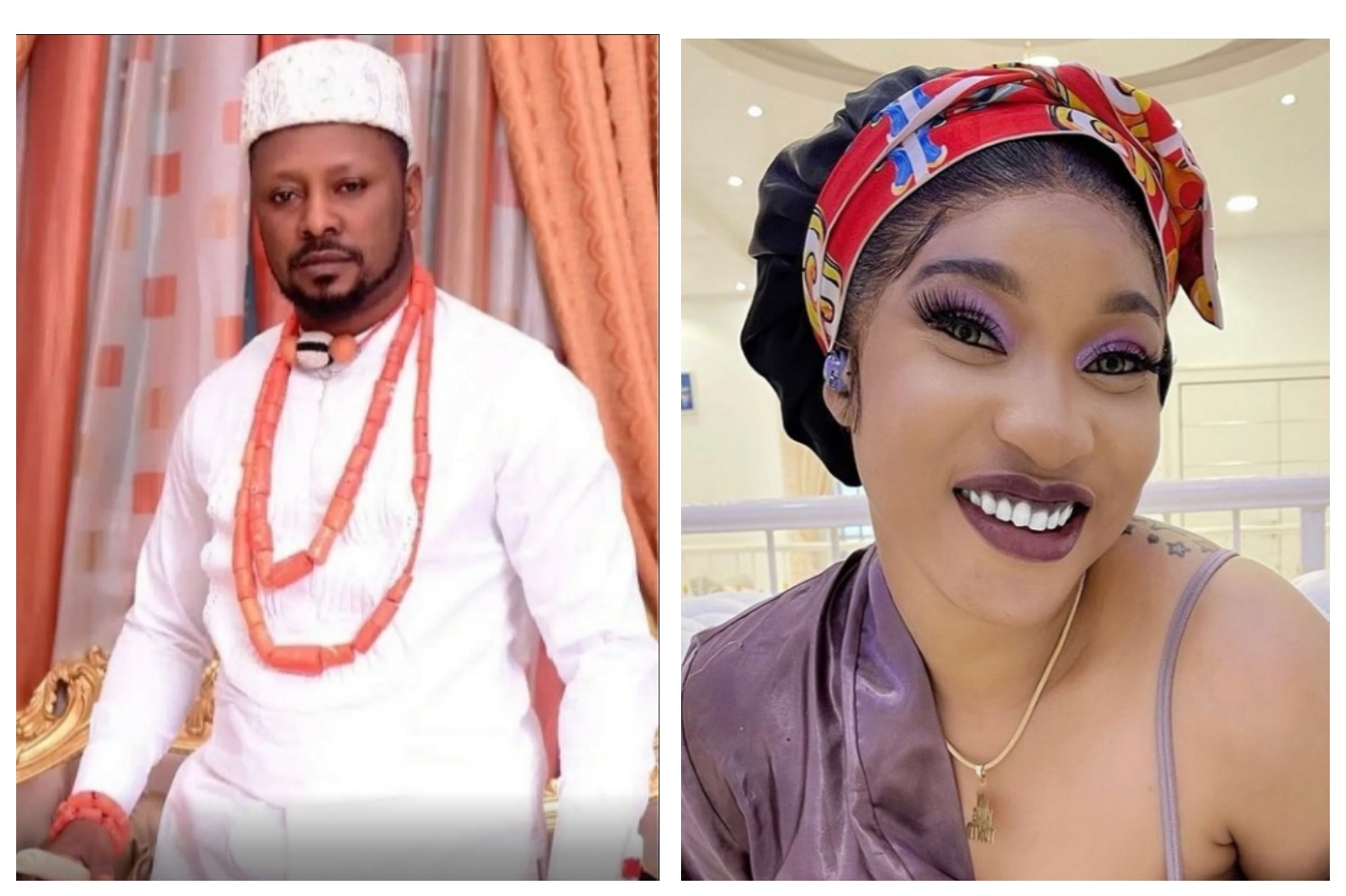 Delta State Politian Prince Kpokpogri has sparked outrage on social media as he dragged his ex-lover, Tonto Dikeh, to court and demanded a compensation of N10bn.

Following the development, some social media users claimed Prince Kpokpogri is obviously a blackmailer and showing his true character by demanding such money from Tonto Dikeh after denying he was not arrested or invited by the DSS.

Prince Kpokpogri filed a suit against Tonto Dikeh before a Federal High Court in Abuja seeking the enforcement of his fundamental rights.

In the suit, Kpokpogri prayed the court for a restraining order stopping the DSS from further inviting him, following the recent petition filed against him by Tonto Dikeh.

Prince Kpokpogri also asked the court for an order directing Tonto and DSS to pay him N10 billion as compensation for the mental trauma, emotional stress, and severe damage caused him due to the invitation extended to him.

nellynells__ wrote: May we not date our enemy

er__nah wrote: This is unbelievable…..this man is a pure hoodlum.What did she ever do to deserve this….by all means deal with him

model_ria wrote: This man has no shame …. infact he’s unworthy to be called a man

aportionofdee wrote: This guy just wants to be a bone in Tonto’s neck. He sha wan chop her money