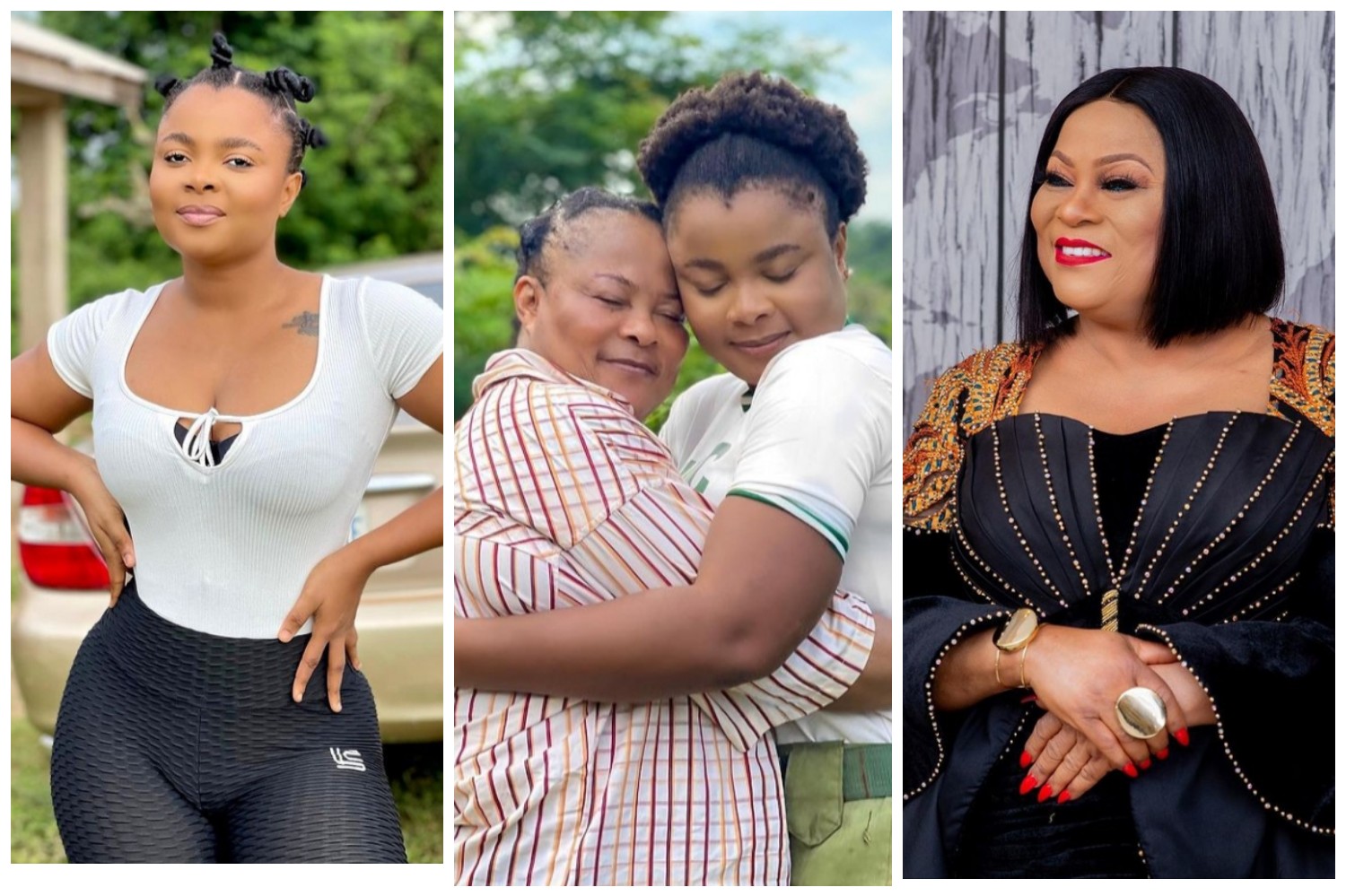 Bimbo Ademoye is a very popular Nigerian actress and film producer who has starred and featured in numerous movies like Sugar Rush, Borrowed Heart, Baami and a host of others since she got her break few years ago.

The beautiful actress is very talented, creative, intelligent and hardworking. She also possesses good acting skills that has won her the admiration of fans and colleagues. In her glittering career, Bimbo Ademoye also has many awards and honours.

Short while ago, Bimbo Ademoye took to her verified instagram page and shared a new picture. In this picture, Bimbo, who put on a NYSC uniform was spotted hugging veteran actress, Sola Sobowale passionately.

While sharing this picture, she revealed that Sola Sobowale spoils her with one hand and scolds her with the other. Bimbo went ahead to profess her love for her senior colleague. And she concluded her post by urging fans to tag filmmakers capable of casting her and Sola Sobowale as mother and daughter.

As expected, this loved up picture of Bimbo Ademoye and Sola Sobowale went viral and many of her followers including some Nigerian celebrities have taken to the comment section to express their thoughts. However, most of those who reacted said the two actors have striking resemblance while others dropped lovely emojis for them.