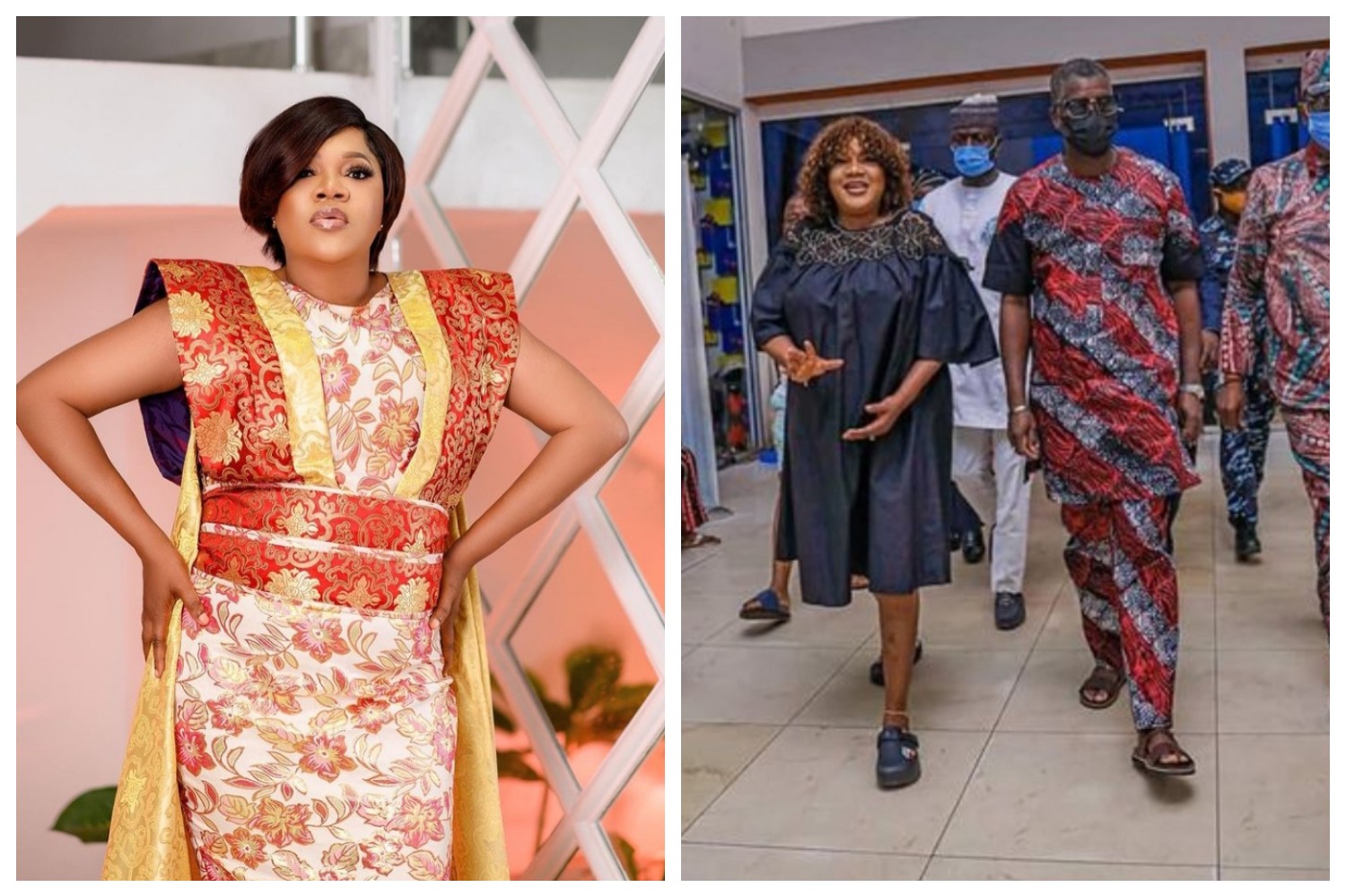 The Deputy Governor of Osun State, Benedict Olugboyega Alabi, hailed Nollywood actress Toyin Abraham after his cabinet members stormed the cinema over the weekend to see the latest movie ‘The Ghost and the Ghost Tout Too’.

In a statement shared on Facebook, the Deputy Governor said their visit to the cinema is a strong statement of their administration’s determination to diversify their economy through creative ideas.

Benedict Olugboyega said Toyin Abraham’s new movie is a blend of comedy, suspense, and terrestrial philosophy, adding it naturally speaks to the triumph of good deed over evil.

The statement reads: I was at the Premiere of Toyin Abraham’s new movie, THE GHOST AND THE TOUT, Saturday evening, alongside some cabinet members, to honour the star actress and make strong statement about our administration’s determination to diversify our economy through creative ideas

Some intellectual movie lovers have widely criticized Toyin Abraham’s new movie, notwithstanding the actress has continued to brag about beating her last record with the new film.