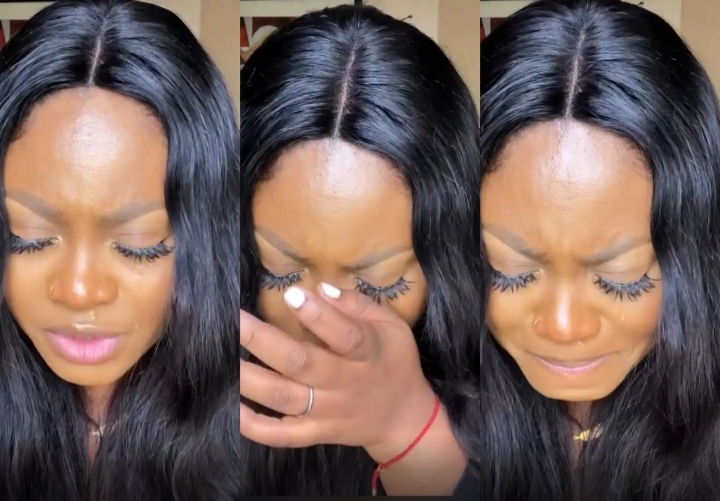 Former Big Brother Naija housemate, Tega Dominic, has apologized to Nigerians for her illicit affairs with her colleague Boma during the reality show for the umpteenth time.

It was recalls that Tega received several knocks and lots of criticism from social media users due to the illicit affair with Boma.

However, in a post shared on the microblogging platform, Tega said she is totally fed up and mentally exhausted with the negativity and online bullying from Nigerians who have constantly judged her based on what she did in Biggie house.

Speaking further, Tega said she is not perfect and bound to make mistakes which she has realized, but people continued to judge her adding she is done with all the bullies and dirty talks.

A few hours later, Tega deactivated her Instagram page, probably for the sake of her mental health, and it has generated reactions from some concerned Nigerians.

During an interview with Nigerian journalist Chude Jideonwo, Tega refutes the claims that she and Boma never had sex in the Biggie house but kissed and cuddled, which she accepted was wrong for a married woman.

Tega admits that her actions were intentional, but she is pleading with Nigerians to forgive her and needs their love and support to actualize her dream.

In her words: “This is me saying to Nigerians, I’m sorry. I’m a Nigerian and you can’t throw me away. I’m sorry. My actions in the house I won’t say were unintentional but I was just going with the flow. Of course, I didn’t have sx with Boma. We didn’t have sx.

Being a married woman and kissing was a wrong move, and I apologize. I need all the love and support that I can get to actualize my dreams,” she said.