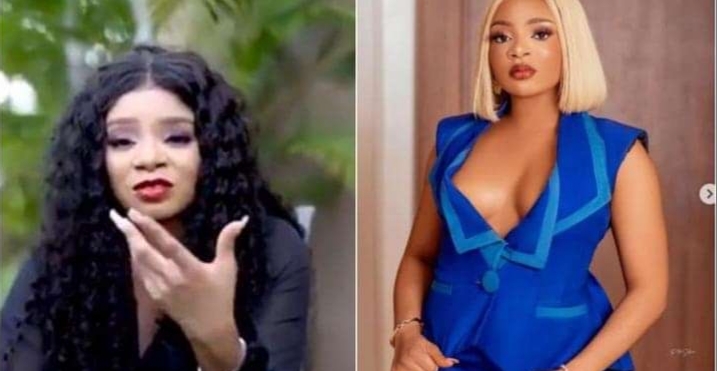 Former Big Brother Naija ‘Shine Ya Eye’ Housemate Queen has sparked reactions from fans over her makeup during a recent interview.

In the video that surfaced online, Queen was questioned on her relationship with her colleague Whitemoney. She responded by saying Whitemoney is the kind man she would love to marry.

Queen sad Whitemoney is caring, describing him as a husband material with good home training and industrious like her.

However, some netizens paid deaf ears to her words pointing to her ridiculous makeup, while some described the makeup as local others rained insults on the makeup artist.

tru_4eva wrote: Which kin local makeup be this

official_tifinse wrote: Shut up already nau go and wipe your makeup and rest my darling.

noggra_ wrote: E no suppose better for the Make-up artist but make I no talk hmmm

Kemi Filani News recalls that Whitemoney during an interview with Toke Makinwa described his relationship bond with Queen as a natural likeness, but not one that involves a romantic attraction when he was asked if he was romantically attracted to Queen.